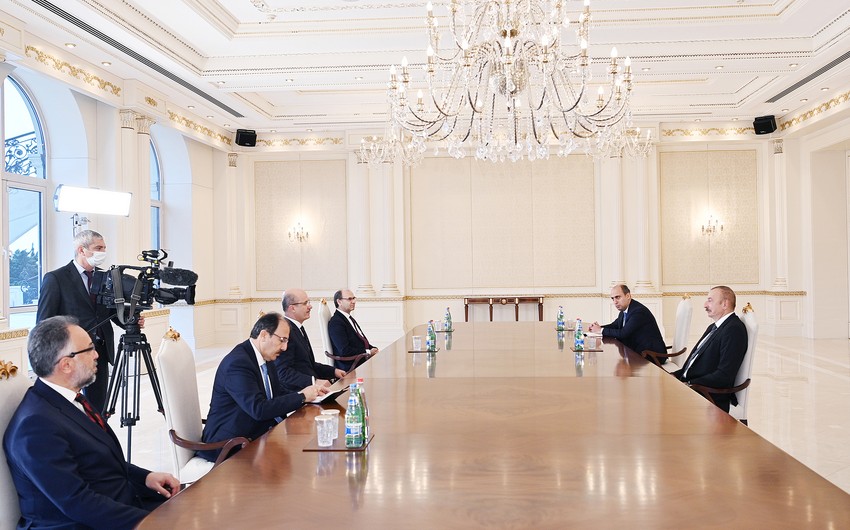 On December 2, President of the Republic of Azerbaijan Ilham Aliyev received Chairman of the Council of Higher Education of Turkey Erol Ozvar, Report informs.

Ozvar expressed condolences to the head of state over the death of military officers in a helicopter crash. President Ilham Aliyev thanked him for the condolences.

The sides noted that friendly and fraternal relations between Azerbaijan and Turkey were successfully developing in all spheres and stressed the role of cooperation in the field of education in strengthening ties. It was noted that Erol Ozvar’s visit would contribute to the expansion of two states’ relations in this field.

Read more:   Azerbaijani leader: "There is no one in the world who doesn't know strength of Turkey"

During the conversation, the sides exchanged views on the prospects of cooperation in education, including establishing a joint Azerbaijani-Turkish university in Azerbaijan and other issues.

In the end, a memorial gift was presented to the head of state.