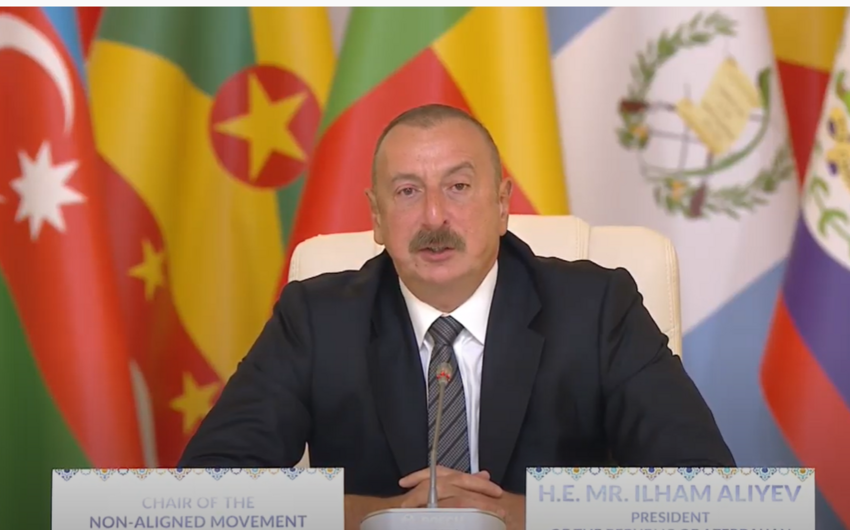 Azerbaijan is a country that faced one of the biggest injustices in the world – occupation by Armenia of almost 20 percent of its territories, which resulted in ethnic cleansing, Azerbaijani President Ilham Aliyev said at the Baku Conference of the Non-Aligned Movement Parliamentary Network today, Report informs.

The president added that now, the visitors of the liberated territories can see it with their own eyes.