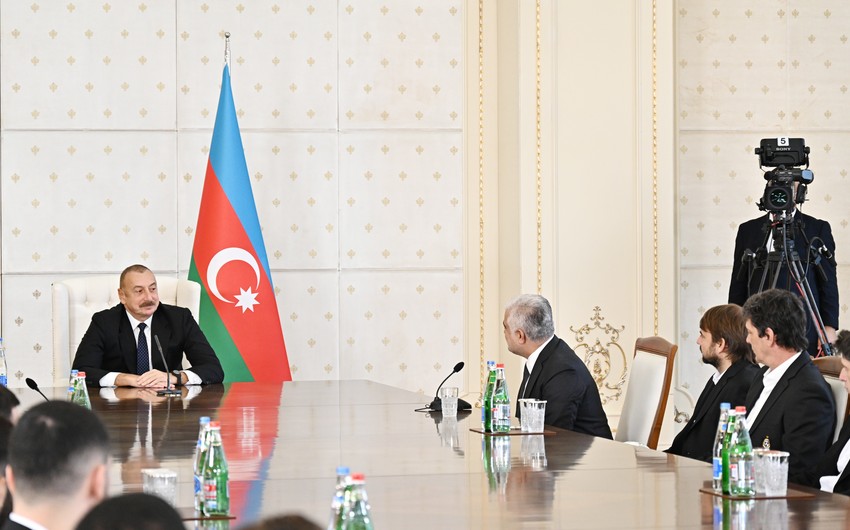 “Reaching the playoffs of the European Conference League is an outstanding achievement. Of course, we could have played directly in the Round of 16, but, unfortunately, the injustice of the referee did not allow it. I do not use this word by chance: not a judge’s mistake, but a judge’s injustice. Because, it wouldn’t be right to call this shameful occasion just a mistake,” President of Azerbaijan Ilham Aliyev said while receiving members of the Garabag football club, which has reached the playoffs in the UEFA Conference League, Report informs.

“At the same time, this is not the first time that the Garabag football club faces such blatant injustice in European competitions. We have encountered this many times in previous years. This time we came across it repeatedly in the group stage. In the decisive game of 2014, the referee did not consider an obvious goal scored in the last minutes, thus depriving you of the next round. If I’m not mistaken, Czech referee Zelinka took such a shameful step. It is deplorable that this shameful tradition continues in European football. This time, the Croatian referee Jovic clearly did not count the goal scored in front of all viewers, television viewers. It is impossible to call it wrong. Because this is a European tournament. This is not a village tournament, not a neighborhood tournament, not an inter-yard tournament. This is a European tournament, where the most professional and experienced referees in Europe are involved and judge these games. How can you not see the ball that crossed the goal line at least one meter? Well, you don’t see, you’re blind, the assistant referee also doesn’t see, he’s blind too? How did they gather these blind people here ?! Why do we face this shameful picture in the games of Garabag. I know the answer, you know, and the people of Azerbaijan know: injustice, double standards, prejudice against us, our country – not only against you – against our country. This is the answer. If it happened once, twice, we would say that maybe it was a mistake, and happened as a result of an accident. No, this is a systematic problem,” the head of state said.

The president said he hoped that UEFA would take practical steps to address the problem.