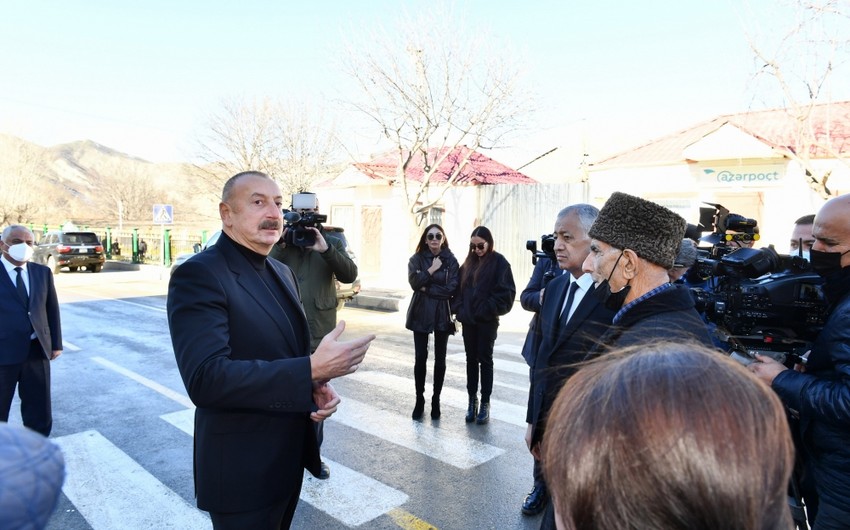 Report informs that President Ilham Aliyev said this on December 6 at a meeting with residents of Gonagkand of Guba District after viewing conditions created at the newly built House of Culture.

“I said that they should give us a timetable of when they would vacate our lands, and we were ready to stop the war. I say the same thing today. I tell them to give us a date of when the Zangazur corridor will be opened, and there will be no problem in this case. Therefore, I think that both the Armenian leadership and the Armenian public must understand this.

“We have achieved what we wanted, and we will do that again. It would be better if this issue were resolved constructively through negotiations and mutual understanding. Because the second Karabakh war showed the resolve, strength, and unity of our people to the whole world. On my way here, I saw pictures of our martyrs. This is the case everywhere – I have been visiting the Karabakh region a lot recently – pictures of our martyrs are posted in the villages. In other words, this victory has been won by the entire Azerbaijani people.

Tehran is ready to expand the transit of gas from Turkmenistan to neighboring countries, given…

Azerbaijani MFA comments on burning of forests by Armenians in Lachin