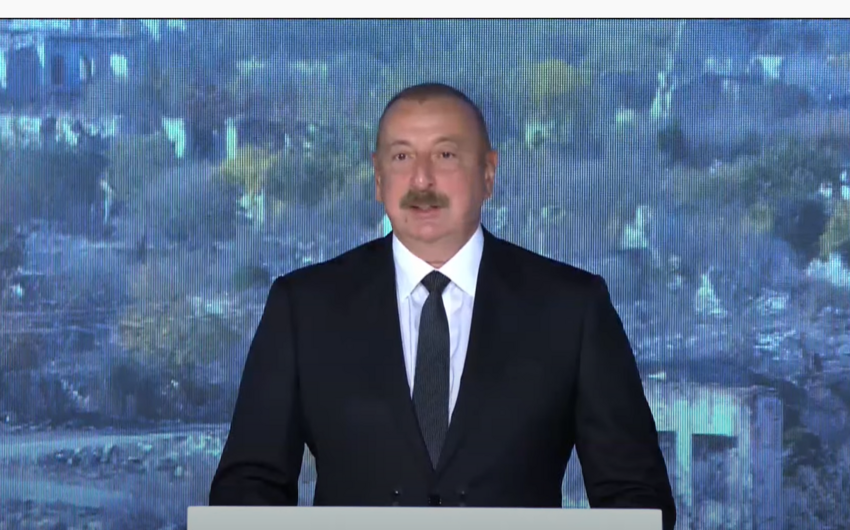 Armenia underestimated Azerbaijan, the will of the Azerbaijani people and had to pay a price for that, Azerbaijani President Ilham Aliyev said at the opening of the First Azerbaijan National Urban Forum in Aghdam, Report informs.

“We have certain optimism with respect to the peace process because just recently, several days ago, there was a meeting of foreign ministers of Azerbaijan and Armenia, first meeting of that kind, particularly, with agenda of preparation of draft peace agreement. We hope that it will not take a long time. We know the tactics which Armenians usually use when they don’t want to come to an agreement, like negotiations on Karabakh conflict for 28 years. If that continues, then we will have no peace. If this is a choice of Armenia, it means that it makes another serious mistake. They underestimated us, they underestimated our will, the will of people of Azerbaijan, the potential of Azerbaijan and they had to pay the price for that,” the head of state said.

Read more:   Pakistani companies intend to have access to international markets through Azerbaijan

The head of state noted that Azerbaijan is ready to take steps to normalize relations with Armenia and open a new page of peace.

US sanctions Russia over Iranian drones