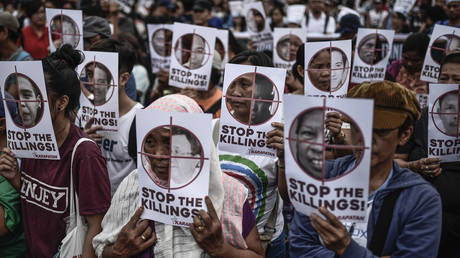 The International Criminal Court (ICC) Office of the Prosecutor has asked judges to investigate the killings of thousands of people in the Philippines as part of President Rodrigo Duterte’s so-called “war on drugs.”

“I announce that the preliminary examination into the situation in the Republic of the Philippines has concluded and that I have requested judicial authorization to proceed with an investigation,” ICC Chief Prosecutor Fatou Bensouda said in a statement on Monday.

She said there is a “reasonable basis to believe that the crime against humanity of murder has been committed” between July 1, 2016 – a day into Duterte’s presidency – and March 16, 2019, the day after the Philippines officially left the ICC.

A preliminary probe suggested that up to tens of thousands of people have been killed “unlawfully” by the Philippines National Police and others, Bensouda said. (RT)