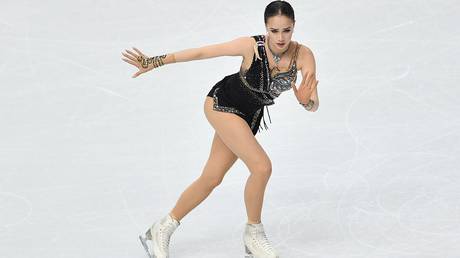 Russian Olympic figure skating champion Alina Zagitova has vowed she WILL return to competitive action, despite recently announcing she would be taking a career break.

Zagitova, 17, stunned the figure-skating world when she appeared on Russian television on Friday to announce that she was putting her career on ice and would skipping the upcoming Russian championships – which automatically meant missing out on a place at the European and World Championships.

Amid rumors that she may be quitting the sport for good in favor of lucrative exhibition shows, Zagitova clarified in an Instagram post on Sunday that she had every intention of returning to competition on the ice.

“Following my latest TV appearance I am getting a lot of questions about ‘what all this means’ and ‘why I retired’,” Zagitova wrote to her more than 700,000 followers.

“Yesterday I was feeling worried and I could not manage to deliver my thoughts clearly. For me Figure Skating is my life and professional sport is all about what I always worked for and continue working for since I was 4 years old.

“All my achievements, including Olympic gold and WC gold, are not accidental. For all my life I will be very grateful to my coaches for the tremendous job we have done and I am not planning either to stop or ‘retire’.

“I am still part of team Russia and still I can take part in international competitions for team Russia. I am continuing my figure skating way with the great support from my coaches,” she added.

Zagitova made her senior debut in the autumn of 2017, later going on to stun compatriot Evgeniya Medvedeva to take Olympic gold in South Korea.

She won the 2018 European Championships as well as the 2019 World Championships, although this season has struggled amid competition from an even younger generation of Russian stars able to incorporate complicated quad elements into their routines.