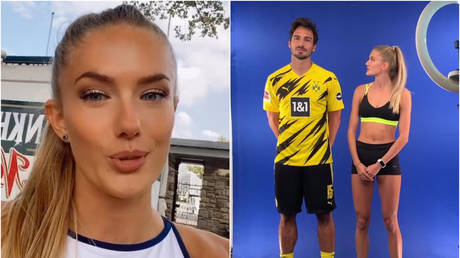 ‘World’s sexiest athlete’ Alica Schmidt left World Cup-winner Mats Hummels flat out on the track during a 400m race when putting German Bundesliga side Borussia Dortmund through their paces during a series of workouts.

Blonde middle-distance runner Schmidt is sponsored by German sports manufacturing giant Puma, which also make the famous black and yellow kit of Dortmund, and took on a group of players at their Signal Iduna Park home stadium.

Schmidt made a name for herself on the German youth athletics circuit specializing in the 400m, helping her country take silver in the 4×400 relay at the European Athletics Under-20 Championships in 2017. 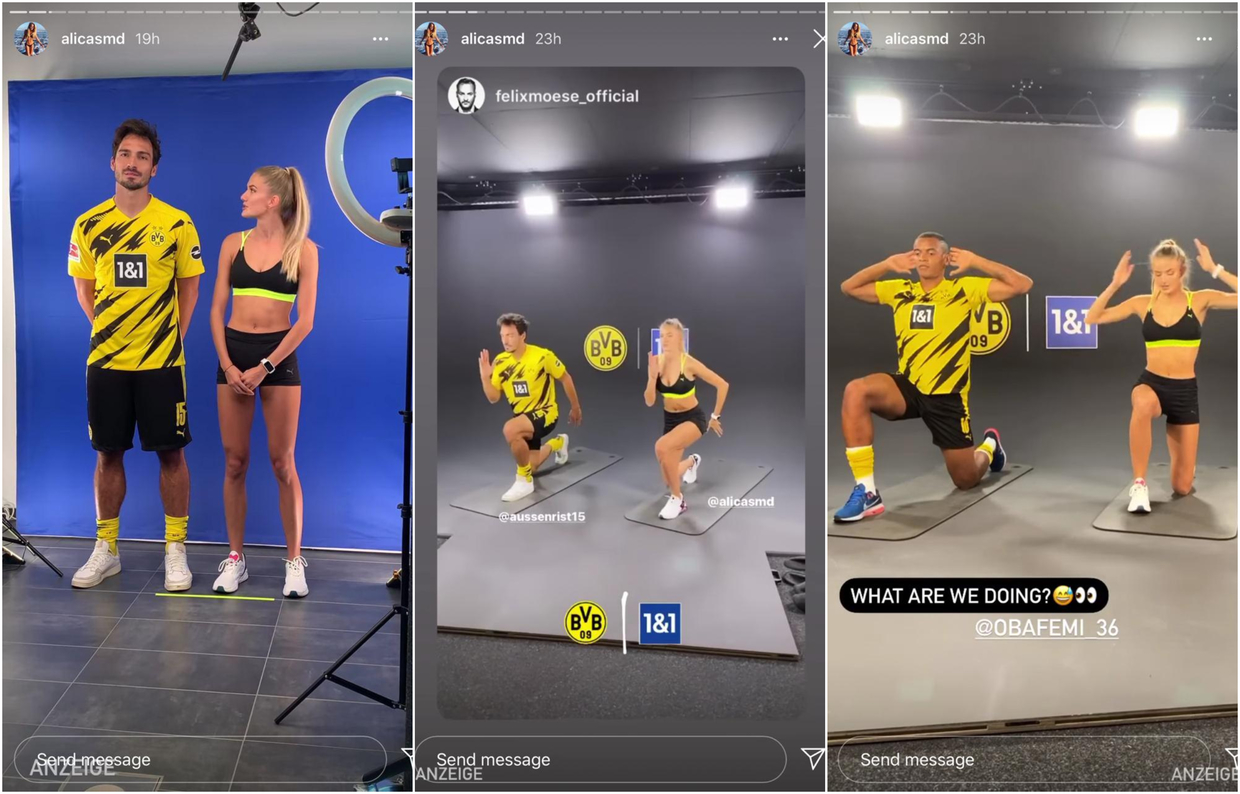 And it seems she hasn’t lost any of her finesse, putting one of Germany’s best-loved teams through the mill, so much so that veteran defender Hummels was forced to lay flat out on the track after racing the speedy Berliner.

Hummels, a pivotal part in the German World Cup-winning team of 2014, claimed he “really underestimated” the physical demand of a race with Schmidt and appeared in agony in an Instagram story of their workout.

“Ahh God!” Hummels can be heard grunting after the race and even struggling to walk with the caption ‘I really underestimated it’, while Schmidt simply smiles.

Schmidt remained coy on the subject of the race winner, which she will announce later in a YouTube video, but the result might be apparent from Instagram. 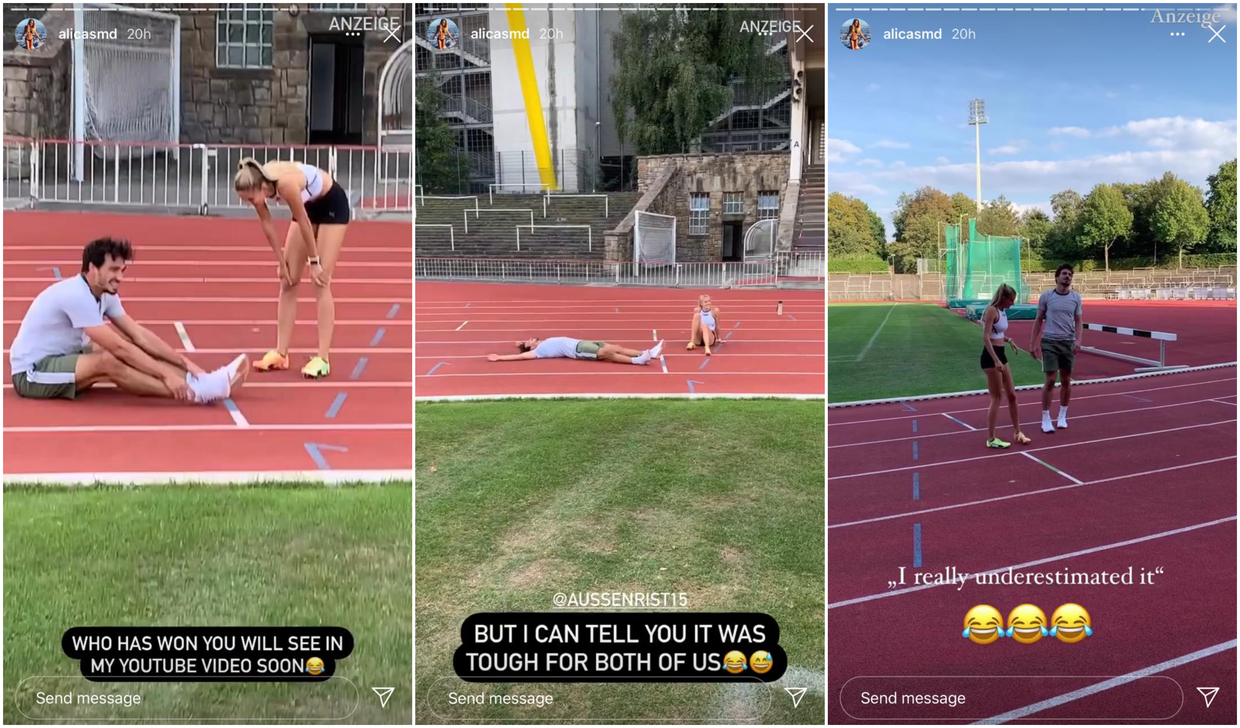 Schmidt was named the world’s sexiest athlete by magazine ‘Busted Coverage’ and from there has grown a following of nearly one million followers on Instagram, and has become an influencer since becoming a viral star.

Shevchenko: Azerbaijani army will fully restore sovereignty of the Republic

Supreme Commander-in-Chief: “Their army is fleeing”

“The Armenian-Turkish border is closed due to the occupation. This is the official position of…

President of the Republic of Azerbaijan Ilham Aliyev has been interviewed by Japan’s Nikkei newspaper.…

Attacks on civilians are unacceptable regardless of their ethnicity or religion. Every life is precious. No one…

“Unfortunately, they invaded our lands with foreign support in the early 1990s. In the current…

“Your visit to Azerbaijan today is of great importance. As you know, brotherly Turkey has…

Israeli Ambassador: We value our friendship with Azerbaijan

“We Israelis are no strangers to these feelings, the consequences of war and attacks. Especially…

Remains of missile launched by Armenians to Kurdamir

On October 22, in the morning, Azerbaijan’s territory was exposed to ballistic missiles fired using…

Weather will be rainless tomorrow

On October 23, the weather in Baku and Absheron peninsula is expected to be changeable…

With new investments in high-speed trains and conventional lines, Turkey will expand its railway network…

On October 22, in the morning hours, the Azerbaijan Army units have destroyed a tactical…