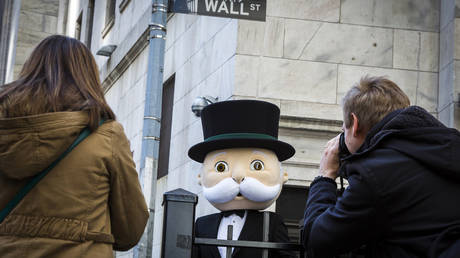 Bloomberg’s ‘Covid conversation’ with an anonymous billionaire might have intended to humanize the rich in a time of unprecedented social upheaval, but the subject’s clueless callousness will likely fuel class resentment.

Bloomberg reporter Max Abelson interviewed the richest person he knew the day the World Health Organization declared a pandemic back in March, explaining that he “thought someone so well-connected might know what was going on.” The mystery tycoon’s response? “What the f**k, I’m not worried.”

As more Americans than ever before face joblessness, poverty, and a prolonged recession sparked by the government’s response to the coronavirus pandemic, Bloomberg apparently thought its readers needed to understand how the outbreak is going for the .01 percent. The super-wealthy have been making money hand over fist – $368 billion in the two months after lockdowns began in mid-March alone – while their countrymen flounder.

Read more:   Trump warns Iran if it hits any Americans or American assets 'we have targeted 52 Iranian sites'

Also on rt.com Day-trading stock platforms are stealing from the poor and giving to the rich, causing depression and suicides

“Some people are going to die, but it’s old people, and if they do, it’s OK,” Abelson’s anonymous billionaire, a New York City financier, states matter-of-factly, before catching himself: “Not that it’s OK. This isn’t that bad.”

While the journalist repeatedly makes excuses for “his” billionaire, explaining that the man “considers himself to be thoughtful, generous, lucky, and friendly to his workers,” the mystery magnate seems to validate every negative stereotype about billionaires, from their indifference to the cares of the working class, to their propensity for cronyism, to their vulture-like ability to find prosperity amid death and loss.

“Now if you’re on a bus and you start sneezing, everybody gets upset,” the tycoon complains at one point, only for Abelson to ask if he really takes the bus. “No,” he admits. His obliviousness is almost comical while speaking with a contractor building him yet another house, seeming shocked the builder can’t afford to take unlimited time off to obey lockdown orders, and he repeatedly gripes that regular Americans forbidden from reopening their businesses by emergency orders expect to be paid for “not working.” 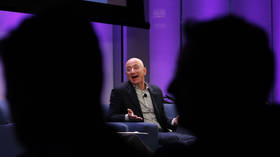 Yet this caricature of a Wall Street fat cat has a virtuous core, the reader is said. After New York City shuts down and the billionaire scurries away to join his family in their country house, bravely (in Abelson’s telling, at least) forsaking his staff to do the shopping himself, he resists the temptation to “hop in his private jet and escape.”

“Really, he pointed out, where was he going to go?” Abelson asks rhetorically, as if this is a problem readers can all relate to (and as if he hasn’t already escaped the deadly epicenter of the pandemic by running away to a second home not available to the vast majority of Americans). The magnate’s restraint in resource-hogging is further praised when he tells Abelson that, despite having access to the best hospitals and medical treatments, he’ll “only” call in favors for “the people closest to him.” (RT)