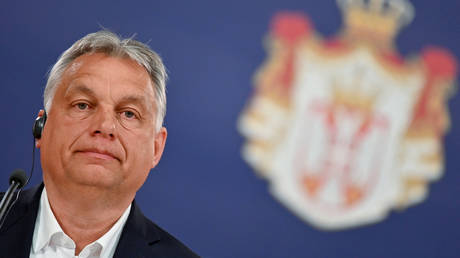 Hungary’s government will submit legislation to remove emergency powers granted to PM Viktor Orban, which set off hysterical reactions from EU officials and Western media which warned the country was sliding into “dictatorship.”

Justice Minister Judit Varga said on Tuesday she would bring legislation to parliament on June 20 to end the state of emergency which has allowed Orban to rule by decree during the Covid-19 crisis.

Varga slammed those who “attacked us with unjust political accusations” and called on them to apologize for leading a “slander campaign” against the country.

Orban himself demanded apologies earlier this month, saying there was “no basis for the criticisms.” Varga also slammed the opposition, which refused to support what they viewed as a power grab as there was no sunset clause embedded in the emergency legislation.

Also on rt.com ‘We consider that a risk to European security, but we obey’: Hungary closes migrant transit zones after court ruling

The European Parliament had even approved a statement declaring the legislation “incompatible with European values,” while EU Commission president Ursula von Der Leyen warned that the measures went “too far.”

“I can’t wait to see the headlines of papers who cried ‘Dictatorship’ only a few weeks ago,” German journalist Boris Kalnoky tweeted on Tuesday, noting that Hungary is now “one of the fastest” countries in the EU to move to rescind Covid-19 emergency powers.

However, there has been no mea culpa from the news organizations that issued dramatic warnings about Hungary’s imminent slide into dictatorship. Many have been conspicuously quiet on the news that the powers are set to be revoked, while others have continued in the same vein as before. (RT)