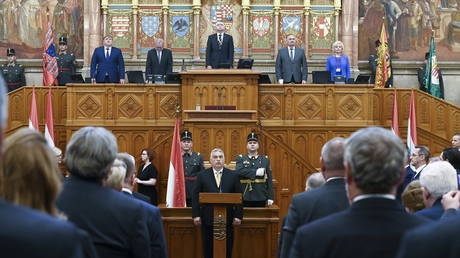 Hungary’s Prime Minister Viktor Orban in a speech to lawmakers has accused Brussels of power abuse and has also pledged to resist the EU’s agenda of “gender madness and a liberal Europe.”

On Monday, Orban took his oath of office after being elected in April for a fourth consecutive term. In his usual manner, the premier did not spare harsh statements when addressing parliament.

“Brussels is abusing its power every day, and it wants to force on us things we don’t want,” the prime minister said.

In Orban’s opinion, the EU leadership is seeking to reduce the sovereignty of member states and to build “the United States of Europe.”

However, he argued that it’s in Hungary’s interests to remain in the European Union, as long as it can remain “an independent and free country.”

“We are not members of the European Union because it is as it is, but as it could be,” he explained.

Predicting that the current decade would be an “age of danger,” full of insecurity, with wars, epidemics and increased immigration potentially laying ahead, Orban pledged to resist any attempts by the West to engage Hungary in what he called “suicide waves.” (RT)