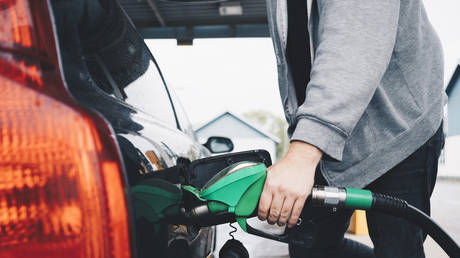 The fuel supply situation in Hungary is “critical,” with people queuing up at filling stations across the country due to a sharp surge in demand, the country’s oil and gas group MOL announced on Tuesday.

In an email statement, Gyorgy Bacsa, the company’s managing director, said that “panic-buying has started causing shortages” and that the only solution was to create conditions for increased imports.

On Monday, MOL reported a shortage of fuel inventories across its entire network of filling stations after many people began stockpiling over the weekend.

The company said that a lack of fuel was caused primarily by insufficient imports and a halt of the country’s major refinery due to maintenance. MOL added that it was trying to deliver more products from its processing plant in Slovakia but had “reached the limits of its logistical capacities.”

Earlier, a non-governmental organization called the ‘Association of Independent Petrol Stations’ reported that MOL had not supplied gasoline or diesel fuel to some petrol stations for the third week straight due to supply problems.

On Tuesday, Bacsa confirmed to radio Kossuth that “the total capacity of MOL is not enough to meet the needs of the Hungarian market,” adding that about 30% more fuel needs to be imported.

The development comes as the EU has introduced a ban on Russian seaborne crude along with a $60 price cap.

Hungary, which is heavily dependent on energy supplies from Russia, has been granted an exemption from the price cap scheme. The country is a vocal opponent of Western sanctions and has repeatedly criticized the EU initiative, saying it’s “high time” Brussels realized that measures such as this “hurt the European economy the most.”

Iohannis: Romania committed to efforts to develop and expand SGC