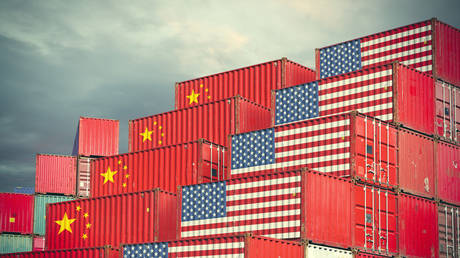 Lawsuits against the Trump administration have piled up over the last fortnight as some 3,500 American firms, including auto majors, retailers and pharmacies, were reported to challenge US tariffs on billions of Chinese goods.

The suits, filed by a wide range of companies in the US Court of International Trade in New York, seek to declare unlawful the latest rounds of levies on Chinese products imposed by Washington amid a wider trade dispute with Beijing. According to a Reuters report citing the filings, they name the US trade representative, Robert Lighthizer, and the Customs and Border Protection agency as defendants.

Some of the companies accuse the Trump administration of waging an “unbounded and unlimited trade war impacting billions of dollars in goods imported from the People’s Republic of China by importers in the United States,” while others point at officials’ failure to comply with administrative procedures and impose tariffs within a required one-year period. (RT)

“In the 20 days since the beginning of the patriotic war, the number of followers…

“The settlement of the Nagorno-Karabakh conflict means the restoration of Azerbaijan’s territorial integrity.”Jean-Luc Reitzer, deputy…

Weather forecast for tomorrow in Azerbaijan

On October 20, the weather in Baku and Absheron peninsula is expected to be changeable…

The members of various terrorist organizations, including foreign citizens, illegally crossed the state border of…