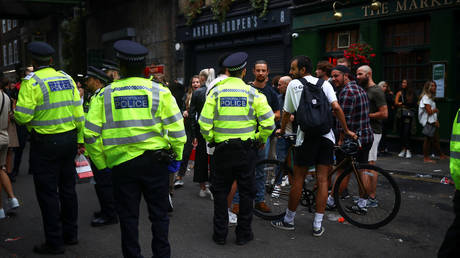 Over 200 serving law enforcement officers in the UK have convictions for assault, drug possession and burglary, according to a report. It comes after a London Met police officer was charged with a series of terrorism offenses.

According to data released to Sky News under the Freedom of Information Act, forces across the UK employ at least 211 police officers and Police Community Support Officers (PCSOs) who have been found guilty of serious crimes.

The true figure is highly likely to be much higher, however, as only a third of police forces felt comfortable revealing how many of their officers have criminal convictions, with the majority insisting it would cost too much to collect the information.

Northern Ireland’s police revealed that 99 serving law enforcement officers had received convictions while employed by the force, including death by careless driving, possession of a firearm or drunk in charge of a firearm. (RT)