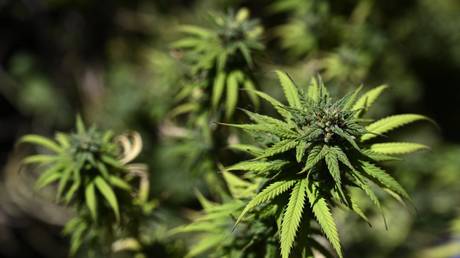 Some 400 potted plants labeled ‘cannabis’ have mysteriously appeared on the shelves of supermarkets and garden centers in France, with a number of customers managing to take pots home before they were seized by the gendarmes.

The incident occurred on May 28, but the gendarmerie, one of France’s national law enforcement branches, released a statement only on Friday. Despite being illegal, a total of almost 400 plants were put on sale in seven stores in the department of Puy-de-Dôme in central France, as cited by local media. The gendarmes were notified when it was brought to the stores’ attention, and the pots were immediately removed from the shelves and partly destroyed.

One person tweeted a picture reportedly showing the plants on sale.

The supplier was identified following an investigation that revealed the 400 plants were imported from Italy. Police said they came from a wholesaler who was “in contact with an importer who supplied its usual customers.” It is unclear where the pots were intended to be sold. According to the gendarmerie, the strange case could be explained by a “lack of knowledge” of the legislative context.

“Some people think that cannabis is legalized, while it remains a dangerous drug,” the statement reads, according to local media. The authorities also managed to weed out and contact the few customers who had already bought the pots. (RT)