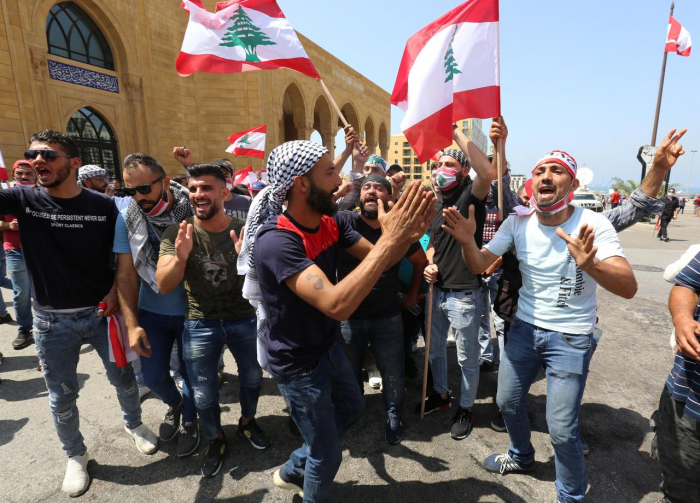 Several hundred Lebanese protesters took to the streets on Saturday, with some throwing stones and demanding the government resign over its handling of a deep economic crisis as hardship increases.

The first big protests since the government rolled back coronavirus lockdown measures come as Beirut negotiates an International Monetary Fund package it hopes will secure billions of dollars in financing to prop up its collapsing economy.

Protesters burned garbage bins and ransacked a furniture shop in the capital’s upscale shopping district, smashing its storefront and hauling out a couch to block a road.

“As long as there are militias that are stronger than the state, then it (the government) will not be able to fight corruption,” said John Moukarzel, a real estate company owner.

Prime Minister Hassan Diab took office in January with the support of the Iran-backed Hezbollah and its allies after the previous government was toppled by the protests that erupted last October.

Lebanon’s economic woes have reached new depths in recent months. The pound currency has lost more than half of its value on the parallel market, prices have soared, and companies dealing with the double blow of the coronavirus have axed jobs.

“You can sense that everyone is tired and the situation is very hard, especially the economy, so you can sense that people no longer want to be festive (in their protests). People are just angry,” said protester Marie-nour Hojaimy, a lawyer.