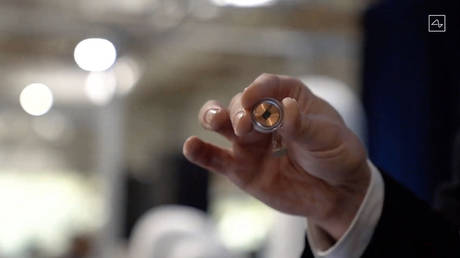 Addressing an event held by the Wall Street Journal earlier this week, Musk said the brain implant, which has been successfully used in animals such as pigs and monkeys, would be ready for real human testing sometime next year. (RT)