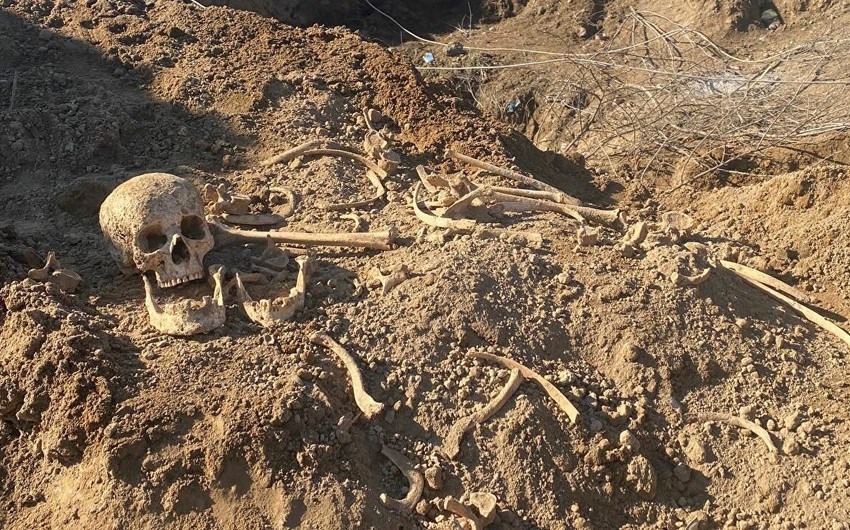 Human bones, probably killed and buried 30 years ago, were discovered in Aghdam, the Press Service of the Ministry of Internal Affairs (MIA) told Report.

Based on information received on November 22, human bones were found during the excavations conducted in Saricali village of the liberated Aghdam district with the participation of police, the prosecutor’s office, and security service employees.

They were probably killed and buried in 1992.