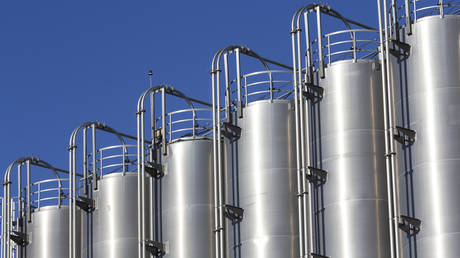 The Haidach underground gas storage facility in Austria may not be refilled by the next heating season due to a conflict between Berlin and Moscow over the seizure of Gazprom’s German subsidiary, Bloomberg reported on Friday, citing energy officials in Vienna.

The storage facility is located in Austria but is connected to the German gas network and receives Russian gas from there. It is one of the largest in Europe, able to cover about a quarter of Austria’s annual gas needs.

However, it has been sitting empty for some time now.

Haidach is strategically important for both Germany, which stores gas there, and Austria, because Germany pumps part of the gas from the site back to the Austrian regions of Tyrol and Vorarlberg. Earlier this month, Austrian Chancellor Karl Nehammer called on Gazprom to refill the depot, calling it strategically important and warning that Austria may nationalize the site. (RT)