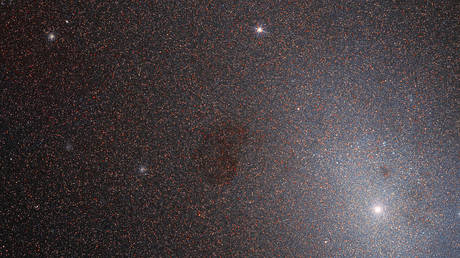 Hubble, the ground-breaking space telescope that’s been in orbit since 1990, has captured an incredible image of a fascinating “not-so-dead” galaxy neighboring our own.

Messier 110 is a member of the ‘Local Group’ – the name given to the collection of about 50 galaxies, including the Milky Way and several others close to it. It’s known as a ‘dwarf elliptical galaxy’ because of its smooth and almost featureless structure, according to NASA. (RT)