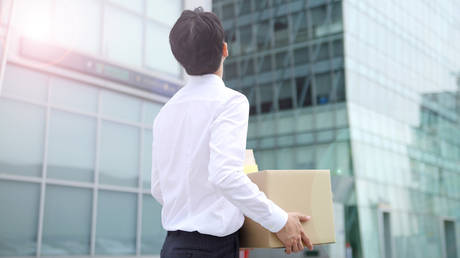 Huawei has laid off around 70 percent of staff at its Futurewei Technologies research arm in the US. Despite recent signals that Washington was easing pressure on the Chinese tech giant, the ban is still in force.

The Huawei-owned US firm cut 600 of its 850-strong workforce, with the first employees having left the offices on Monday. The company explained the layoffs with “the curtailment of business operations” as the result of Washington’s actions, according to Reuters.

It was earlier reported that some of the tech giant’s Chinese staff in the US were offered a chance to return to China and keep their job at the company.

Also on rt.com Huawei dominates global race to 5G, inking over 50 contracts despite US crackdown

Futurewei is believed to have offices in Silicon Valley and the greater Seattle, Chicago and Dallas areas. Its staff comprises more than half of the 1,500 people Huawei hired in the US. (RT)