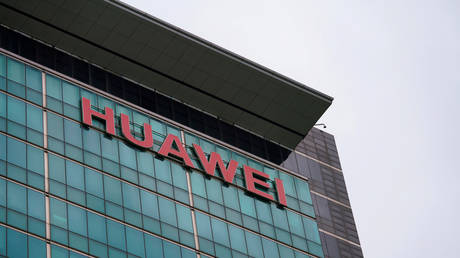 Chinese telecom giant Huawei has said the US decision to blacklist another 46 of the firm’s affiliates is ‘unjust.’ The list now includes more than 100 entries.

The US Department of Commerce (DoC) initially blacklisted Huawei itself in May, forbidding US firms from selling technology or equipment to the Chinese tech giant, while also banning US state agencies from buying products and services from Huawei unless granted a waiver. Washington alleges that the Chinese company is involved in activities that pose a threat to US national security and foreign policy interests, suggesting, for example, that Huawei’s smartphones could be used by China to spy on Americans, an allegation the firm has repeatedly denied.

Also on rt.com US ban on technology & equipment sales to Huawei pushed back by 90 days

The ban, however, was delayed by the DoC for the second time on Monday, allowing Huawei 90 more days to do business with US firms. However, it announced it would add 46 more Huawei subsidiaries and affiliates to its blacklist, which now puts the total number of companies prohibited from trade in the US at 115.

“It’s clear that this decision, made at this particular time, is politically motivated and has nothing to do with national security,” Huawei said in a statement, emphasizing that Washington’s treatment of the tech titan “violate[s] the basic principles of free market competition.” The company noted that the measures, if introduced in full, are “in no one’s interests, including US companies,” and added that attempts to suppress Huawei’s business “won’t help the United States achieve technological leadership.”

“The extension of the Temporary General License does not change the fact that Huawei has been treated unjustly,” the statement said. (RT)