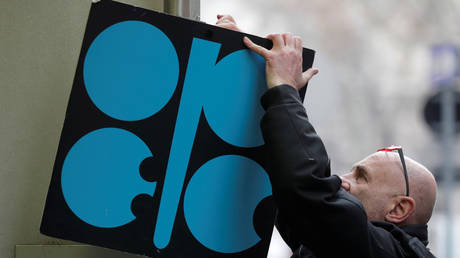 OPEC and Russia are officially working to establish a formal alliance that would allow for the indefinite management of the oil market.

The OPEC/non-OPEC coalition, often referred to as “OPEC+”, has presided over two rounds of production cuts since early 2017. The deals were one-off affairs, viewed as temporary emergency measures to erase a painful glut of supply that was draining the coffers of all oil producers alike.

But why not make the partnership official? The Wall Street Journal reports that such negotiations are underway. This is not the first time we have heard about a formal OPEC+ partnership. Last year, the two sides, led by Saudi Arabia and Russia, discussed such an eventuality, but ultimately backed off.

The idea of a formal OPEC+ architecture has an obvious logic. Together, OPEC+ controls over 40 percent of global oil supply. Combining their production volumes to tweak output levels here and there in order to achieve stability – or, rather to obtain a desired price level – is much more easily achieved by coordinating their actions. They are stronger together rather than apart.

Moreover, the idea of a formal alliance has been predicated on the strengthening of strategic ties between Russia and Saudi Arabia. The two governments have grown closer over the past few years. The Saudis see the upside of moving closer to another global power, particularly after they grew suspicious of the US government following the 2015 Iran nuclear deal.

From Moscow’s perspective, they can peel off an American ally and strengthen their position in the Middle East. There are also growing economic ties between the two countries aside from the oil sector. 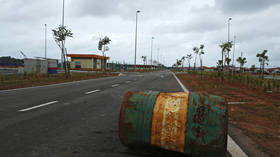 Nevertheless, managing the oil market is the main attraction of this formal pact. If completed, it would mark the endpoint of a dramatic change that got underway a little over two years ago. OPEC, which has been a critical fixture of the oil market for several decades, is giving way to a new entity.

But OPEC, whose members were not always cordial but worked to at least put forth some semblance of cooperation, has ceased to be a body in which each of its members is an active participant in, and has influence over, official oil policy for the entire cartel. There have always been certain power dynamics; Saudi Arabia has always been the most powerful member. But with Iran hobbled by sanctions, and more than a few others dealing with instability and declining output, it is really Riyadh that calls all of the shots.

Riyadh and Moscow, that is. Saudi Arabia’s partnership with Russia has already supplanted OPEC as the main venue where oil policy is made. Look no further than the past few OPEC meetings, where the world watched the awkward scene in Vienna in which no decisions could be made until the Russian energy minister arrived.

Thus, it makes sense to formalize an arrangement that has already become the de facto decision-making architecture. The WSJ reports that the proposal will be discussed by OPEC+ later this month in Vienna, and could make a final decision by April.

The problem is that the same hiccups that tripped up negotiations last year remain. Russia has reservations about truly cutting its oil production by significant volumes. Russia, unlike Saudi Arabia, has multiple oil companies that are opposed to curtailing output. Also, much of the rest of OPEC aside from Saudi Arabia opposes the proposal because it could lead to a domineering alliance between Riyadh and Moscow.

In fact, the proposal from last year would have granted relatively more power to the larger producers – Saudi Arabia and Russia – ending the long-established decision-making process via consensus. The rest of OPEC panned the proposal. (RT)