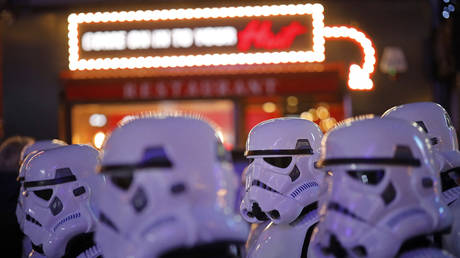 Is Star Wars political? If you asked fans of the original movies, they might give you an interesting answer – but if you ask the official Star Wars Twitter account, it most certainly is. It’s got “WARS” in the name, after all.

The Star Wars official Twitter account has absolutely no problem bullying anyone off Twitter – and it’s done exactly that. If you aren’t a fan, or if you have some mild criticism about what they’re doing, then good luck to you and godspeed – you won’t survive the angry mob.

In many ways, the official Star Wars Twitter account’s behavior isn’t at all unlike what members of Tumblr’s fandoms – be it for Steven Universe or Kora, The Last Avatar – would do to anyone who stepped out of line.

All of these Tumblr fandoms were the progenitors of Twitter’s woke brigade, the woke mob, or the wokenista. Whatever you want to call it, the fandoms came before it, and they’ve long-since embraced politics as their main medium to bully, harass, and otherwise destroy anyone who dares to stand in their way.

Politics wasn’t always this nasty. Before social media, the only people who cared about politics were those tuned in 24/7 to CNN, MSNBC, Fox News, or AM radio. They were older people. Boomers. The argumentative uncle you had over at Christmas dinner once a year, whom you’d try to avoid having any sort of conversations with because you knew he would launch into a rant about whatever was happening on Capitol Hill. (RT)