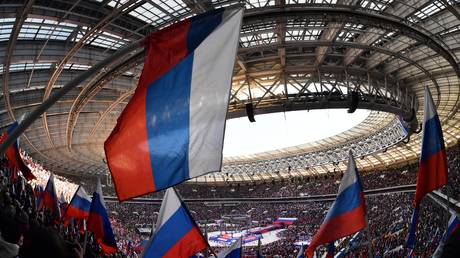 Russia’s very existence is under threat. The country has to take serious measures to ensure it survives By Dmitry Trenin, member of Russia’s Foreign and Defense Policy Council© Evgeny Biyatov / Sputnik

The stand-off between Russia and the Western nations, which has been developing since 2014, escalated into an active confrontation with the start of the Russian military operation in Ukraine, back in late February. In other words, the Great Game has ceased to be a game. It has become total war, though a hybrid one so far, since the armed conflict in Ukraine is not of a full-scale nature at present.

However, the danger of it intensifying towards a direct collision not only exists, but is increasing.

The challenge Russia is facing has no equivalents in our history. It’s not just that we have neither allies nor even potential partners left in the West. Frequent comparisons with the Cold War of the mid and late 20th century are inaccurate and rather disorienting. In terms of globalization and new technology, the modern form of confrontation is not only of a larger scale than the previous one, it is also much more intense. Ultimately, the main field of the ongoing battle is located inside the country. 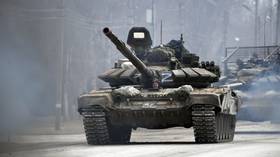 Fyodor Lukyanov: The end of an era

The asymmetry between the opponents is huge, particularly the imbalance between the forces and capabilities available to them. Based on this, the US and its allies have set much more radical goals than the relatively conservative containment and deterrence strategies used toward the Soviet Union. They are in fact striving to exclude Russia from world politics as an independent factor, and to completely destroy the Russian economy.

The success of this strategy would allow the US-led West to finally resolve the “Russia question” and create favorable prospects for victory in the confrontation with China.

Such an attitude on the part of the adversary does not imply room for any serious dialogue, since there is practically no prospect of a compromise, primarily between the United States and Russia, based on a balance of interests. The new dynamic of Russian-Western relations involves a dramatic severance of all ties, and increased Western pressure on Russia (the state, society, economy, science and technology, culture, and so on) on all fronts. This is no longer a source of discord between the opponents of the Cold War period, who then became (unequal) partners. It looks more like the drawing of a clearer dividing line between them, with the West refusing to accept even the perfunctory neutrality of individual countries.

Read more:   Lukashenko: We should not close our eyes to conflicts in OSCE region

Moreover, the shared anti-Russian agenda has already become an important structural element of unity within the European Union, while strengthening American leadership in the Western world.

In these circumstances, it’s an illusory hope that that Russia’s opponents will listen to reason or be represented by more moderate political figures as a result of internal upheavals in their countries. There has been a fundamental shift towards disengagement and confrontation even in the political classes of countries where the attitude towards Moscow had until now been determined primarily by important economic interests (Germany, Italy, France, Austria, Finland). Thus, the systemic confrontation between the West and Russia is likely to be protracted. 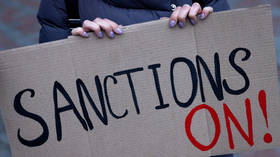 Ivan Timofeev: Why the West’s anti-Russian sanctions are politically pointless

This circumstance almost completely nullifies Russia’s previous foreign policy strategy towards the US and EU, which was aimed at the West recognizing Russian security interests, ensuring cooperation on issues of global strategic stability and European security, non-interference in each other’s internal affairs, and building mutually beneficial economic and other ties with Washington and Brussels. However, recognizing that the previous agenda is now irrelevant does not mean we should abandon active politics and completely submit to the circumstances.

It is Russia itself that should be at the center of Moscow’s foreign policy strategy during this period of confrontation with the West and rapprochement with non-Western states. The country will have to be increasingly on its own. The outcome of the confrontation is not predetermined though. Circumstances affect Russia, but Russian politics can also change the world around it. The main thing to keep in mind is that no strategy can be developed without a clear set of goals. We need to start with ourselves, with an awareness of who we are, where we come from and what we strive for, based on our values and interests.

Foreign policy has always been closely linked with domestic policy, in the loose meaning of the word, including economics, social relations, science, technology, culture, etc. Facing a new type of warfare which Russia is forced to wage, the line is erased between what was called the “front line” and the “rear” in previous eras. In such a fight, it’s not just impossible to win, it is impossible to survive, if the elites remain fixated on further personal enrichment and society is left in a depressed and overly relaxed state.

“Re-establishing” the Russian Federation on a politically more sustainable, economically efficient, socially just and morally sound basis becomes urgently necessary. We have to understand that the strategic defeat that the West, led by the United States, is preparing for Russia will not bring peace and a subsequent restoration of relations. It is highly probable that the theatre of the “hybrid war” will simply move from Ukraine further to the east, into the borders of Russia, and its existence in its current form will be contested.

This enemy’s strategy should be actively countered. 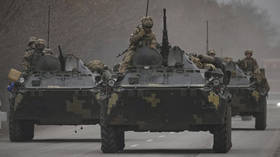 Andrey Sushentsov: Ukraine could be just the starting point of a bigger crisis

In the field of foreign policy, the most pressing objective is clearly to strengthen the independence of Russia as a civilization, as a major independent global player, to provide an acceptable level of security and to create favorable conditions for all-round development. In order to achieve this objective in the current conditions – which are more complex and difficult than even recently – there is a need for an effective integrated strategy – general political, military, economic, technological, informational and so on.

The immediate and most important task of this strategy is to achieve strategic success in Ukraine within the parameters that have been set and explained to the public. It is necessary to clarify the stated objectives of the operation and use all opportunities to achieve them. The continuation of what many now call a “phoney war” leads to a prolongation of military activities, increased losses and a decrease in the global stature of Russia. The solution to most of the country’s other strategic objectives now depends directly on whether and when it succeeds in achieving strategic success in Ukraine.

The most important of these broader foreign policy tasks is not the overthrow of the US-centric world order by any means and at any price (its erosion is due to independent factors, but a Russian success in Ukraine would be a painful blow to US global hegemony) and of course, not a return to the fold of this set-up on more favorable terms, but the consistent building of a new system of international relations together with non-Western countries, and the formation, in cooperation with them, of a new world order and its consequent promotion. We need to work on this task now, but it will only be possible to act fully after a strategic success in Ukraine.

The framing of new geopolitical, geo-economic and military-strategic realities in the western part of the former Soviet Union, in the Donbass and Novorossiya, becomes extremely important and relevant in this context. A long-term priority here is the further development of allied relations and integration ties with Belarus. This category also includes strengthening Russia’s security in Central Asia and the South Caucasus.

In the context of rebuilding foreign economic relations and creating a new model of the global order, the most important directions are cooperation with world powers – China and India as well as Brazil – and with leading regional players – Turkey, ASEAN countries, the Gulf states, Iran, Egypt, Algeria, Israel, South Africa, Pakistan, Argentina, Mexico and others.

It is in these areas, rather than in traditional Euro-Atlantic arenas, that the main resources of diplomacy, foreign economic relations, and the information and cultural spheres should be deployed. Whereas in the military sphere the main focus for Russia now is the West, in other areas it is the rest of the world – the larger and more dynamic part. 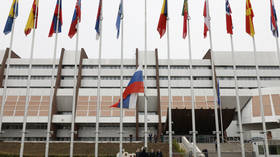 China, India, America and the EU: Who wins from the Ukraine war, and who loses?

Alongside the development of bilateral relations, a new priority should be given to the multilateral interaction between states in the non-Western part of the world. There should be a greater focus on building international institutions. The Eurasian Economic Union, the Collective Security Treaty Organization, the Shanghai Cooperation Organization, the Russia-India-China grouping, BRICS, and the mechanisms for dialogue and partnership between the Russian Federation and ASEAN, Africa and Latin America need a boost for further development. Russia is capable of playing a leading role in developing a framework ideology for these organizations, harmonizing the interests of partner countries and coordinating on common agendas.

In relations with the West, the strategy of Russia will continue to address the containment of the nuclear, conventional and cyber abilities of the US, and deterring it from exerting military pressure on Russia and its allies, or even attacking them. Never since the end of the Soviet-American confrontation has the prevention of nuclear war been more relevant than now. The new challenge after achieving strategic success in Ukraine will be to force NATO countries to actually recognize Russian interests and to secure the new borders of Russia.

Moscow needs to assess carefully the reasonableness, possibilities and limits of situational cooperation with various political and social groups in the West, as well as with other temporary potential allies outside the bloc whose interests coincide in some respects with those of Russia. The task is not to inflict damage on the enemy anywhere, but to use various irritants to divert the opponent’s attention and resources from the Russian focus, as well as to influence the domestic political situation in the US and EU in a direction favorable to Moscow. (RT)