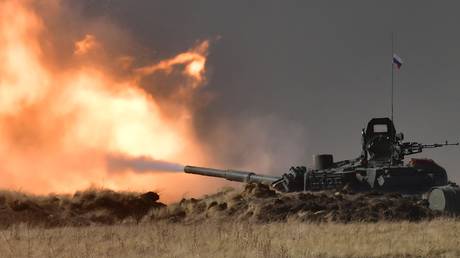 The costs of a war between Russia and Ukraine far outweigh the benefits. It bring significant risks to the economy, political stability and Russian foreign policy, fails to solve key security problems, but creates many new ones.

That’s according to Valdai Club Programme Director Ivan Timofeev. The top Moscow think tank is closely connected with President Vladimir Putin. Timofeev, one of Russia’s leading foreign experts, is skeptical about the possibility of a conflict, but he has outlined how such an operation could be conducted.

“With a sudden and decisive blow in several directions at once, Russian troops dismember the armed forces of Ukraine in the East of the country, surround separate groups, or press them against the Dnieper river. The actions of tank and motorised units are accompanied by powerful air, missile and artillery strikes. The Russian Aerospace Forces seize air supremacy. The apotheosis of the operation should be the encirclement and the subsequent capture of Kiev, and the stabilisation of the front line along the Dnieper. The creation of a new Ukrainian state with the capital in Kiev would be announced and recognised by Russia. It would include the previously-independent DPR and LPR. Russia thereby resolves several historical problems at once. The immediate threat to the southwestern borders is removed. Full control over the Sea of Azov and a land corridor to the Republic of Crimea are ensured. Two Ukrainian states appear on the map, one of which should be ‘friendly and fraternal’.”

However, in Timofeev’s opinion, this course of action is very unlikely, as the costs for Russia would outweigh any possible benefits:

“First, such a military conflict is unlikely to culminate in any intelligible agreement. A victory over the armed forces of Ukraine will not by itself lead to a fast peace. The war could develop into a long and sluggish confrontation. (RT)