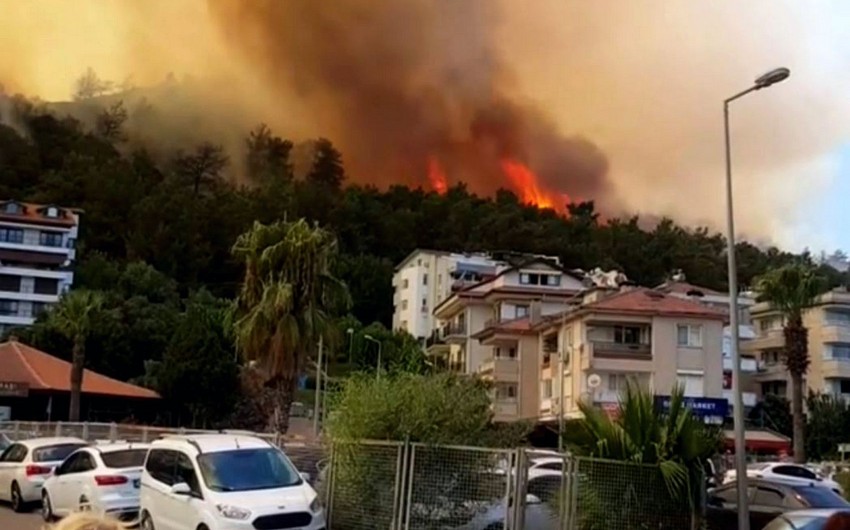 The Turkish authorities have decided to evacuate one of the hotels in the Bodrum resort due to the threat posed by a forest fire, Turkish Minister of Agriculture and Forestry Bekir Pakdemirli said, Report informs, citing TASS.

“It was decided to evacuate one hotel in the Guvercinlik region (Bodrum province). The evacuation has begun. Six hundred residential buildings have been prudently evacuated,” he said. “As a result of the fire in Antalya, in Manavgat, 183 people suffered from smoke, 15 of them were discharged from hospitals, others stay on procedures. “