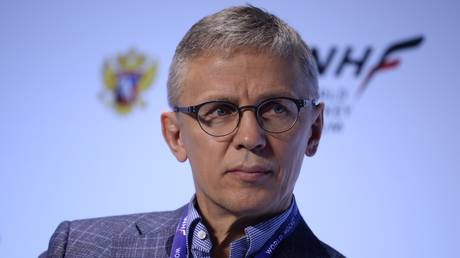 Russian ice hockey legend and three-time Stanley Cup winner Igor Larionov has said he aims to lead his squad to gold, after he was appointed head coach of the national junior team.

“Initially I wanted to coach the junior team for just one year. But after discussing all the details we decided to create a coaching team which will work for two years, until the 2022 Olympics in China,” Larionov said.

“I’m honored to be head coach of the junior team, taking this responsibility for two years. I have plenty of ideas that I have been nursing for many years. I don’t want to replace anyone but I’m dreaming of coaching the national team in the future.

“I want to restore Russia’s winning traditions in ice hockey. We are starting our hunt for gold. I’m taking this job with great pleasure,” he added.

As a member of the Soviet ice hockey team, Larionov won two Olympic titles – at the Sarajevo Games in 1984 and the Calgary Games in 1988.