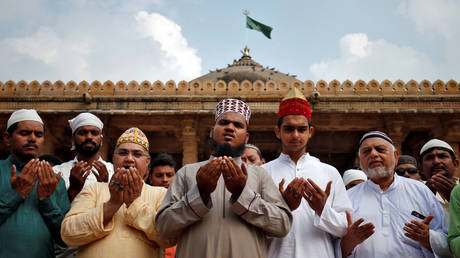 India will be on the edge days thereafter as Supreme Court announces its verdict on Ayodhya temple, which could lead to a violent backlash between contesting Hindus an Muslims.

Indian Supreme Court would make a call if over a billion Hindus could have a temple for Lord Rama over a land in Ayodhya. It’s disputed by millions of Muslims. Though the dispute has lasted for over a century, it turned combustible in 1992 when a clutch of Hindus brought down a mosque, Babri Masjid, they believed was built in the 16th century over the site where Lord Rama was born.

India witnessed its worst communal riots in the wake of the incident, which left over 2,000 people killed.

So high run the emotions on either side that when a lower court equally divided the land among the Hindu and Muslim litigants in 2010, they promptly went to the apex Supreme Court claiming complete, and not partial, control over the land. (RT)