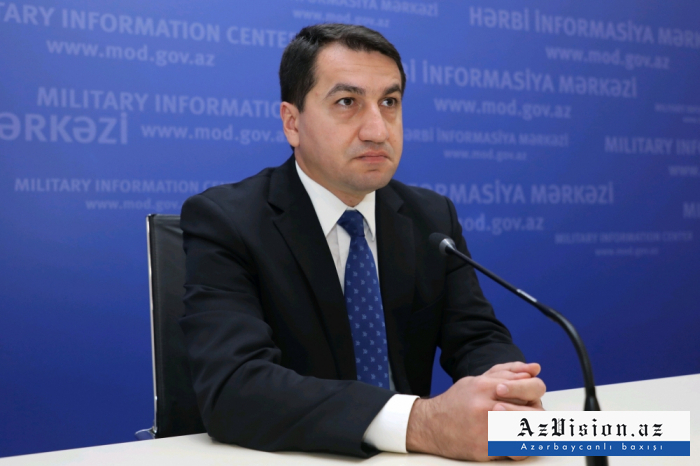 After a 25-year break, the UN Security Council held discussions on the Armenia-Azerbaijan Nagorno-Karabakh conflict on September 29 and October 19, said Assistant to the President of Azerbaijan, Head of Foreign Policy Affairs Department of the Presidential Administration Hikmet Hajiyev .

“We regret to say that although in 1993, four UN Security Council (UNSC) resolutions 822, 853, 874 and 884 were adopted on the occupation of Azerbaijani territories by Armenia, the UNSC held the very last discussions on the conflict in 1995”, Azerbaijani President’s Assistant noted.

Hikmet Hajiyev stated that the UNSC resolutions condemn the use of force by Armenia against Azerbaijan, emphasize that Nagorno-Karabakh is an integral part of Azerbaijan and demand the unconditional and complete withdrawal of Armenian troops from all occupied territories of Azerbaijan.