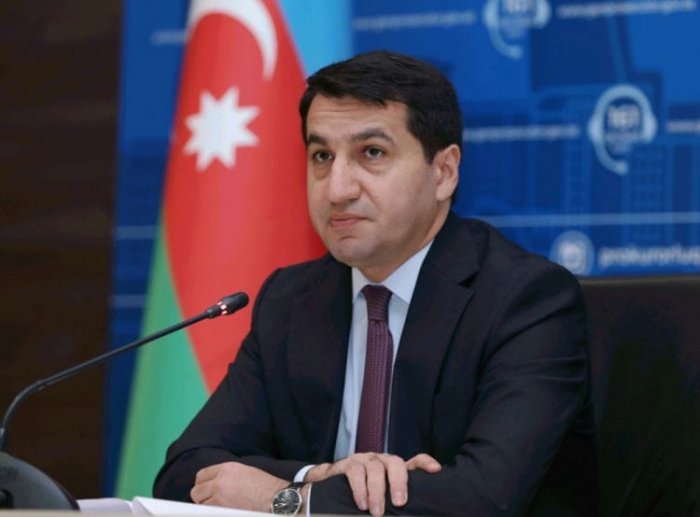 Armenia established a corridor to bring the PKK into Azerbaijan’s occupied territories, Assistant to the President of Azerbaijan, Head of the Foreign Policy Affairs Department of the Presidential Administration Hikmet Hajiyev said in an interview to Daily Sabah.

Hajiyev added that there are also PKK camps in the area, while the tactics used by Armenia indicate a PKK presence.

“Forming tunnels in the region, digging ditches and the firing systems are all unique to the PKK. Azerbaijan has determined PKK presence in the front rows of Armenian fronts with regards to their movement, tactics, and differences of appearance,” Hajiyev said.

Hajiyev noted that all countries that do not see the PKK as a terrorist organization contribute to crimes against humanity.

Criticizing the infectivity of the Minsk Trio – which was set up in 1992 by the Organization for Security and Co-operation in Europe (OSCE) – consisting of the U.S., Russia, and France, for failing to take any concrete action against Armenian occupation for three decades, Hajiyev said Azerbaijan is always ready for diplomatic negotiations.

Hajiyev said the Minsk Group, formed to mediate the conflict was biased, and that Turkey, which he described as a global power due to its involvement in Syria, Libya, and other international conflicts, must be involved in the solution process.