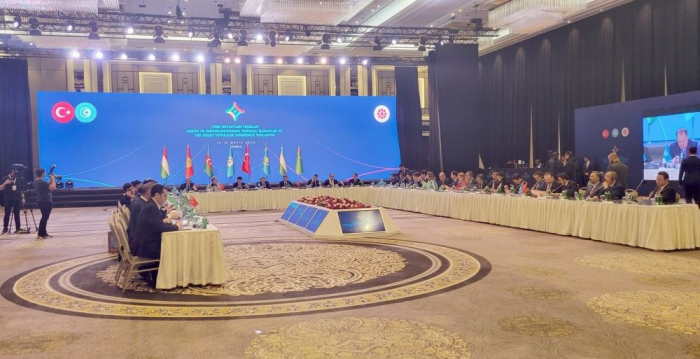 The 4th meeting of ministers responsible for media and information and high-ranking officials of the Organization of Turkic States is being held from May 13 through May 15 in Istanbul.

The event’s organizer is the Directorate of Communications under the Presidential Administration of Turkey.

The official opening of the event will take place in the coming hours.

The government officials of the member states of the Organization of Turkic States – Turkey, Azerbaijan, Kazakhstan, Kyrgyzstan, Uzbekistan and observers from Hungary and Turkmenistan, having gathered together at the meeting, will discuss joint projects and developments in the sphere of media and information, as well as issues of developing cooperation in this sphere.

The event, along with official delegations, will be attended by heads of media and communication structures of the Turkic world, experts, social media phenomena, scientists, students of communication faculties of various universities of the participating countries.

UK, US, Japan and Canada to ban Russia gold imports

The UK, the US, Japan and Canada will ban new imports of Russian gold as…