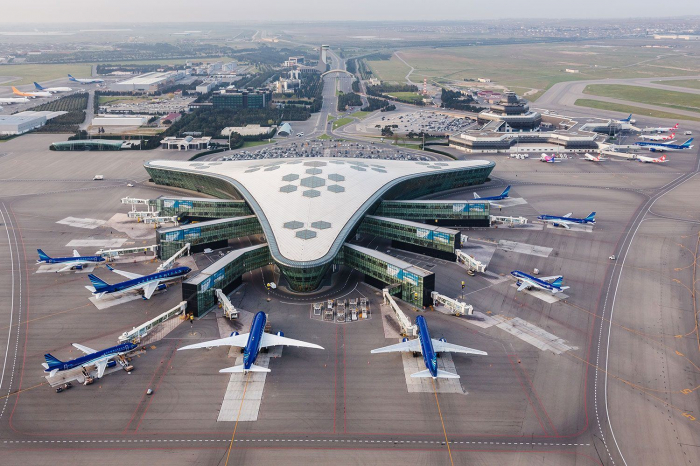 In November of this year, 375,000 people used the services of Baku airport, of which 324,000 were passengers of international flights.

In November the national carriers “AZAL” and “Buta Airways” served 91,000 and 45,000 passengers on international routes respectively, the airlines’ share of total international traffic was 28% and 14%.

Heydar Aliyev International Airport (IATA: GYD) is the largest airport in Azerbaijan and the region in terms of passenger and freight traffic, takeoff and landing operations, the airport terminal area and capacity of the cargo complex.

Skytrax has awarded Baku Airport the highest 5-Stars Airport Rating, as well as the highest rating for epidemiological safety during the COVID-19 pandemic.

In June this year, Heydar Aliyev International Airport for the fifth time in a row confirmed its status as the best airport in the CIS countries according to the authoritative international agency Skytrax World Airport Awards. This airport award sets the benchmark for quality in the industry.