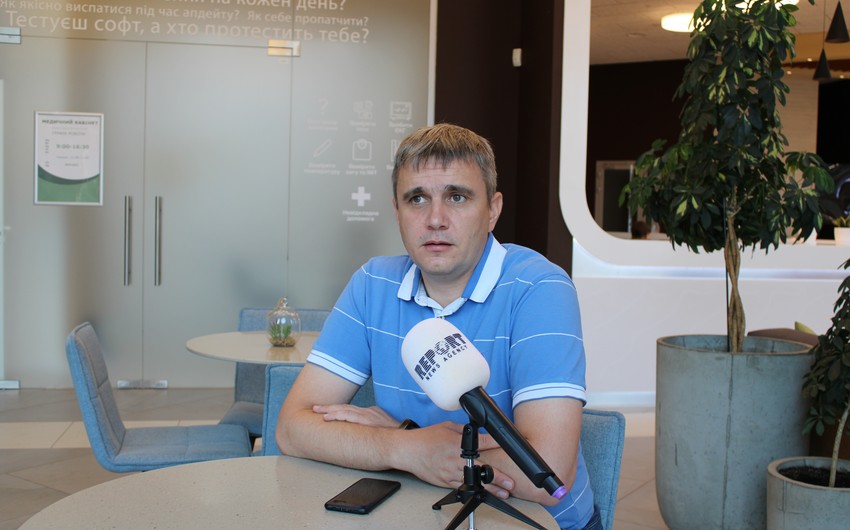 Azerbaijan has worked much on its state Armed Forces to win the Second Karabakh war. The whole nation and public were well aware of what is happening and supported the state policy, chairman of Ukraine National Scout Organization (PLAST), a youth movement in Ukraine, an expert in history Yuriy Yuzych told Report’s Eastern European bureau.

According to his observations, the new generation, young people in Azerbaijan, played a significant role in this war: “You see, Azerbaijan has made an excellent investment in available resources. While Ukraine has immense resources, we have still not invested. In this respect, the situation in our country is not that good, while in Azerbaijan, it is excellent.”

Yuzych noted that young people played a significant role at the front during the Second Karabakh War.

“No matter how many facilities and drones you have, you need at least people to control them. It was done by definite people with defining training level. This is not just physical, but also psychological training, training based on values. And Azerbaijani people could form these values well. Regarding the victory gained, I can say the following: great that they did it. The lands were liberated. It was a victory of the Azerbaijani people and their leader. Turkey was also an active supporter. We also supported Azerbaijan. I shared posts on my accounts on social networks in this respect. For this, I was often criticized. Most Ukrainians, especially those who were on the front and understand what territorial integrity is, supported Azerbaijan. We are in a similar situation to you. Our lands were occupied. They were occupied with Russia’s help,” PLAST chairman said.

The organization leader said what Azerbaijan did was a sample of extraordinary heroism.

The weather is expected to be changeable cloudy, occasionally gloomy, and mainly rainless in Baku…