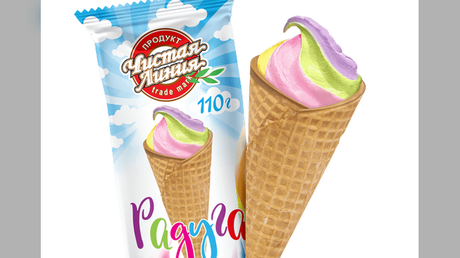 Rainbow-colored ice cream may endanger children by shaping their view of the multi-striped Gay Pride flag and thereby gay people, according to the head of the Union of Women of Russia.

Ekaterina Lakhova was speaking at a video conference attended by President Vladimir Putin that focused on the recently approved amendments to the Russian constitution. One of the changes defines a marriage as a union between a man and a woman.

On June 25, the US Embassy in Moscow made headlines when it flew a large rainbow flag alongside the US’ famous stars-and-stripes as a show of support for the LGBT community. In the United States, Gay Pride is celebrated every year on this date, the anniversary of the 1969 Stonewall Riots, which saw clashes between police and LGBT-rights protesters. (RT)