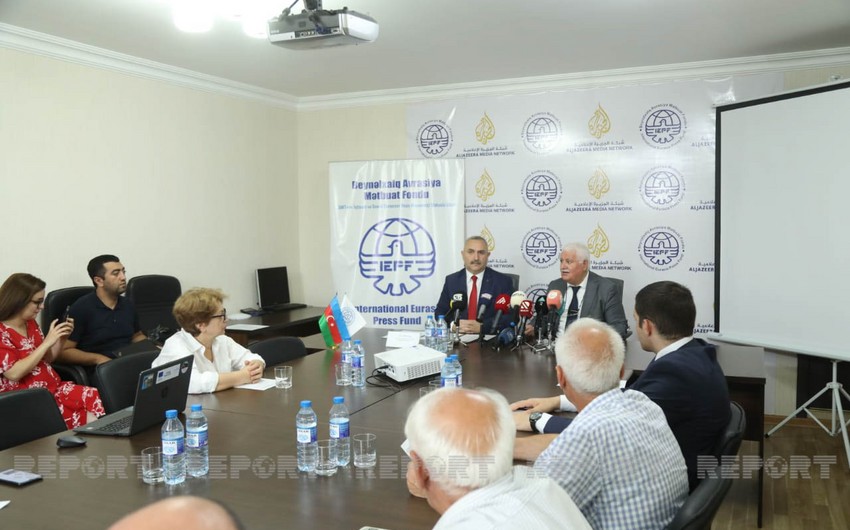 On August 17, an event was held at the office of the International Eurasia Press Fund (IEPF) in Baku, dedicated to the environmental terror committed by Armenians who illegally settled in the territory of Azerbaijan in Lachin and adjacent villages during the occupation, Report informs.

The meeting was attended by representatives of environmental NGOs and the media.

President of the International Eurasia Press Fund Umud Mirzeyev, opening the event, noted that Armenians were burning houses in the villages of Zabukh and Sus in the Lachin district: “We have witnessed such facts in other our districts as well. This is a crime against humanity.”

Azer Allahverenov, chairman of the Eurasian Platform for Migration Initiatives public association, reminded that after the 44-day Patriotic War, the Azerbaijani side showed humanism by giving the Armenians time to leave the illegally occupied Kalbajar and Aghdam. “But, instead of calmly leaving, the Armenians finally began to set fire to houses and forests. Apparently, this was not enough for them. They still planted mines before leaving. At present, Armenia continues to pollute the Okhchuchay River. International organizations show double standards and turn a blind eye to this,” he said.

Allahverenov noted that forest fires near the city of Lachin are deliberately committed by Armenians.