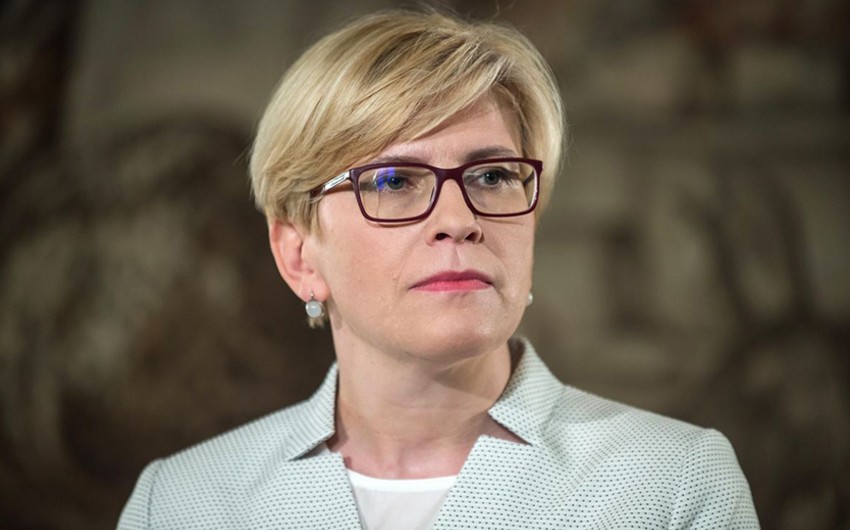 The European Union needs patience as it sanctions Russia for its invasion of Ukraine, as most measures will only have an impact in the medium and long term, Lithuania’s prime minister said in an interview at  the  Reuters NEXT conference, Report informs.

“My message is – we need to have patience. Because there are no sanctions that can switch Russia off overnight. It is not possible, we should not look for this,” Prime Minister Ingrida Simonyte said.

She said there was a broad agreement among NATO nembers not to pressure Ukraine to negotiate, and called on NATO to provide air defences to not only eastern NATO members but also to Ukraine.

She pointed to the missile explosion in Poland last month which killed two people. Poland and other Western states have said the missile was a Ukrainian air defence missile that went astray in pursuit of a Russian missile.

Read more:   Turks urged to use EU gas crisis for own benefit

Lithuania will host a NATO summit next year which Simonyte expects to be dominated by Ukraine but also by the decision of Sweden and Finland to join the Western defence alliance.

She refused to comment on reports she is angling to lead the NATO alliance after the current secretary general, Jens Stoltenberg, steps down in September 2023.

Lithuania and the other Baltic States of Latvia and Estonia, once ruled from Moscow but now part of both NATO and EU, were better prepared to withstand a Russian attack since the Feb. 24 invasion of Ukraine, she said.

However Russian President Vladimir Putin’s choice to invade Ukraine has given rise to fears he might do same in the Baltics, she said.

“It is hard to say there is a thing he would not do,” Simonyte said.

Since the invasion, NATO has named Russia a persistant threat, nearby Sweden and Finland have applied to join the alliance and the NATO presence in the Baltics has increased.

Adding to the jitters, neighbouring Belarus has deepened its close relationship with Russia and is now fully dependent, Simonyte said.

“This looks more like a province than a sovereign country… There is a decent question, how self-sufficient is (Belarus President Alexander) Lukashenko in decisions he is making,” she said.