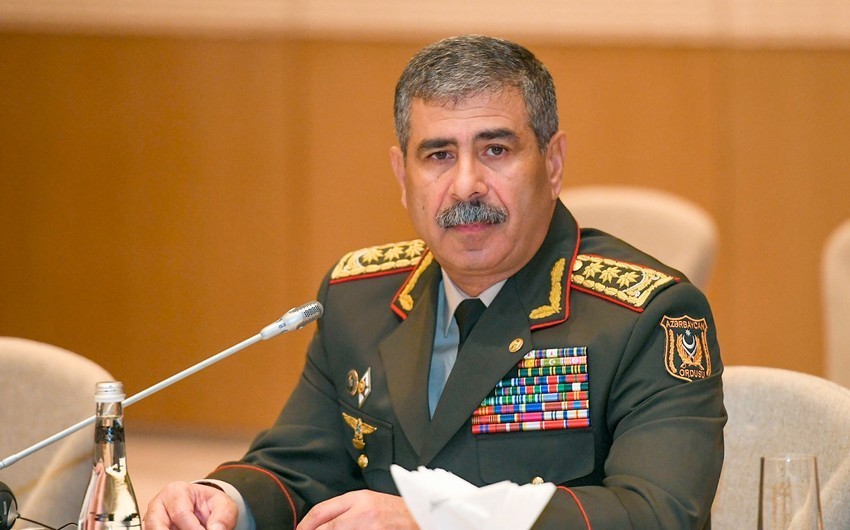 After the war, the Supreme Commander-in-Chief set new tasks for the Azerbaijani Army and instructed starting the next stage of military reforms, Azerbaijani Defense Minister Colonel-General Zakir Hasanov said.

He noted that President Ilham Aliyev had developed specific plans and measures to ensure that the army had the highest performance in the field of modernization, armaments, and training and instructed to implement them immediately: “Accepting the confidence of the Supreme Commander-in-Chief as the most significant responsibility, the Azerbaijani Army will become even more potent and a thoroughly modern and powerful military force as a result of a new phase of reforms.

“The situation on the Azerbaijani-Armenian border and in the territories of the Republic of Azerbaijan, where the Russian peacekeeping contingent is temporarily located, is under our constant control. We adequately respond to any provocation that takes place here. Organization of military service in our units located in the liberated areas, maintaining a high level of combat readiness and combat capability of personnel, creation of new military infrastructure facilities, improvement of units and control points, specification of battle plans, continuous improvement of logistics, medical support and the clearance of unexploded ordnance and the solution of other similar issues are among the top priorities of our daily activities.”