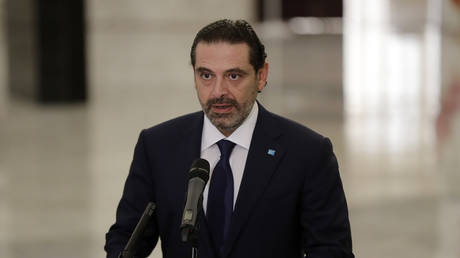 Former Lebanese prime minister Saad Hariri delivers a statement after the president named him to form a new cabinet, at the presidential palace in Baabda, east of the capital Beirut, on October 22, 2020 © AFP / ANWAR AMRO

Former Lebanese PM Saad Hariri has been tasked with forming a new government, a year after his cabinet was toppled amid mass protests, and months after his successor’s government resigned after a deadly explosion in Beirut port.

Hariri on Thursday secured the backing of a majority of parliamentarians to return as prime minister after consultations with Lebanese President Michel Aoun. Earlier this month, the ex-PM had presented himself as the “natural candidate” to take control of the country.

In a brief statement following his designation, Hariri told the Lebanese people “who are suffering hardship to the point of despair” that he intends to “keep my promise, to work on stopping the collapse that threatens our economy, society and security.”

Hariri promised to form a government of non-partisan experts to implement economic and political reforms outlined in a initiative proposed by French President Emmanuel Macron during his visit in September, after the country which is going through a deep economic crisis was hit by a deadly explosion at Beirut port on August 4. 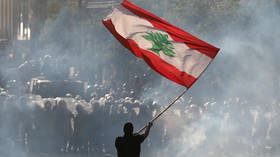 France, Lebanon’s former colonial power, has been trying to work with the country’s leaders to help pull the nation back from the brink of crisis. Back in September, Macron told a news conference that he was “ashamed of the Lebanese political leaders” for favoring “partisan and individual interests to the general detriment of the country.” (RT)