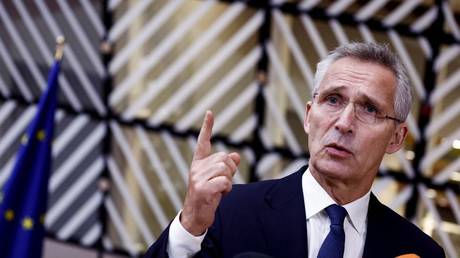 Europeans are about to face numerous hardships due to Western support for Kiev, NATO Secretary General Jens Stoltenberg told Germany’s Welt an Sonntag newspaper on Sunday. Despite this, he insisted that the members of the US-led military bloc and their allies should boost their efforts to bolster Ukrainian forces.

In his comments to the newspaper, Stoltenberg admitted that the citizens of Western countries are being negatively affected by the conflict in Ukraine. “Rising food and energy bills mean hard times for many households in Europe,” he said, adding, however, that Europeans “should remember that the people of Ukraine pay with their blood every day.”

The NATO chief also noted that the West could “strengthen Ukraine’s position at the negotiating table if we provide military support to the country.” “The best way to support peace is to support Ukraine,” he stated.

He praised Germany for the weapons it is sending to Kiev, claiming that they “save lives.” 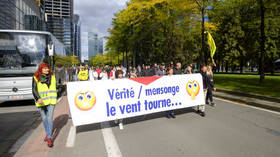 EU to feel impact of energy crisis for decades – Kremlin

According to Stoltenberg, Russia will try to use “winter as a weapon” against Ukraine. This statement echoes recent remarks in which he warned that the coming months would be difficult for Kiev.

Western nations imposed new sweeping sanctions on Russia in the wake of Moscow having launched its military operation in Ukraine. The restrictions led to skyrocketing gas prices, thus fueling the burgeoning energy crisis in the EU. This also came as the bloc announced plans to wean itself off of Russian energy.

Read more:   Orchestra of the Military Academy returned to Baku

However, according to Kremlin spokesman Dmitry Peskov, these policies will lead to “very deplorable consequences” for the EU, with up to 20 years of deindustrialization ahead. In early October, he also noted that by relying on expensive energy from the US, the bloc is making its economy “less competitive.” (RT)