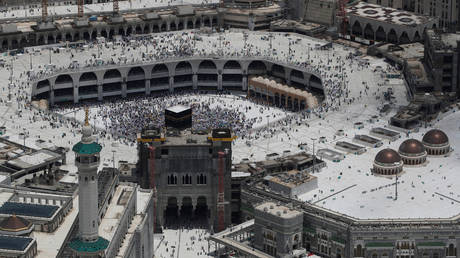 An aerial view of Kaaba at the Grand mosque in the holy city of Mecca, Saudi Arabia August 12, 2019. ©  REUTERS/Umit Bektas

Mecca will be off limits to the vast majority of Muslims this year, after Saudi Arabia announced that only a select few, all from within the country, would be allowed to participate in the annual Hajj pilgrimage.

The religious ceremony, which begins in mid-July, will be limited to 60,000 pilgrims between the ages of 1