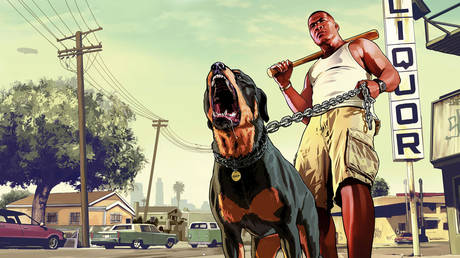 A user on the gaming website GTAForums has posted nearly 100 clips of test footage from the upcoming Grand Theft Auto 6, marking one of the largest leaks in video game industry history. The leak was confirmed by GTA’s developer, Rockstar Games.

The user who released the footage over the weekend goes by the handle ‘teapotuberhacker’ and claims to have also been behind last week’s Uber hack, which took down several of the service’s internal systems.

In his post on GTAForums, the hacker shared a link to a 3GB file containing 90 clips of GTA 6 test footage and claimed they are considering leaking more data “soon.”

Rockstar Games wrote in a Twitter post that the company “suffered a network intrusion in which an unauthorized third party illegally accessed and downloaded confidential information from our systems including early development footage for the next Grand Theft Auto.”

The developer expressed disappointment that details about the game were revealed, but stressed it would not disrupt the development process, which will “continue as planned.”

A Message from Rockstar Games pic.twitter.com/T4Wztu8RW8

The released test footage appears to match early reports about the game. It includes the series’ first playable female character and is set in the Miami-esque Vice City which featured in previous titles.

Bloomberg reporter Jason Schreier, who was one of the first to confirm the leaks were genuine, described it as “one of the biggest leaks in video game history and a nightmare for Rockstar Games.”

The videos have already garnered millions of views after spreading on social media, showing very early in-game footage full of unfinished textures and models, placeholder text, and debug code playing out in real-time.

Some of the more complete videos show full scenes from the game, including one where playable characters rob a diner and hold up patrons at gunpoint.

The hacker said the leak had gone “unexpectedly viral” and updated his forum post to include details on how Rockstar or Take2 employees can reach him, as he is “looking to negotiate a deal”, apparently regarding other potential disclosures.

While the game is believed to have been in development since 2014, it’s unclear how old the footage is. Some video game outlets suggest that most of the clips can’t be older than two years as they appear to be running on the latest graphics cards from Nvidia.

Grand Theft Auto 6 is reportedly at least two years away from an official release. (RT)