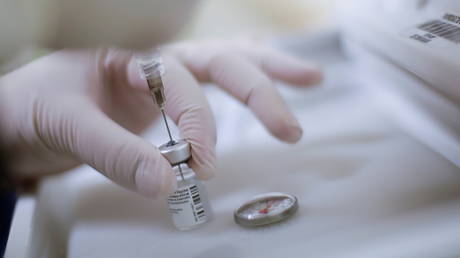 An alleged cache of email exchanges between EU officials and the European Medicines Agency show that the drug regulator was uncomfortable about fast-tracking approval for the Pfizer and Moderna Covid jabs, Le Monde has reported.

The EMA has claimed that the contents of the messages, which were obtained by hackers and published on the dark web, were tampered with in order to undermine confidence in the drugs, without providing further details. However, the agency acknowledged to the French newspaper that the correspondences reflect “issues and discussions” that took place in the lead-up to the decision to grant approval to the vaccines. The agency said it can’t specify which documents are genuine.

Some of the “discussions” appear to have been less than congenial. For example, in a document dated November 19, a senior EMA official described a “rather tense, sometimes even a little unpleasant” conference call with the European Commission regarding the review process for the drugs. The official said he felt there was a clear “expectation” that the vaccines would be approved. A day later, the same individual had an exchange with the Danish Medicines Agency in which he expressed surprise that Ursula von der Leyen, the president of the European Commission, had announced that the Moderna and Pfizer jabs could receive the green light before the end of the year. (RT)