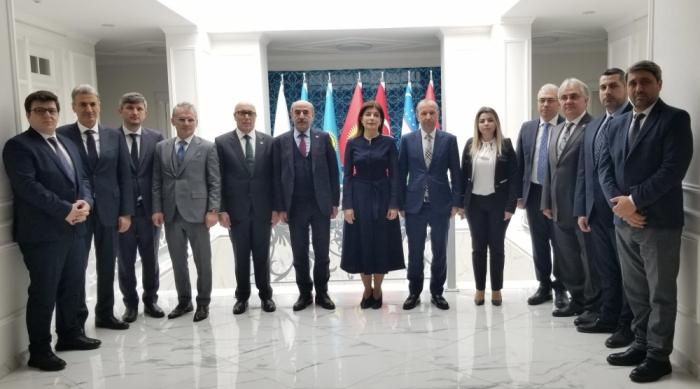 President of the International Turkic Culture and Heritage Foundation Gunay Afandiyeva has met with a delegation headed by Chairman of the Union of Engineers and Architects of the Turkic World Mujahit Demirtash.

Chairman of the Union Mujahit Demirtas expressed great satisfaction with the visit to Azerbaijan, as well as to the International Turkic Culture and Heritage Foundation. In connection with the announcement of the Year 2022 in Azerbaijan as the “Year of Shusha”, the head of the Union stressed the importance of carrying out joint work within the framework of cooperation with the Foundation to restore monuments of the Turkic World, including in the integral part of Azerbaijan – Karabakh, destroyed as a result of Armenian vandalism, as well as in other directions.

In conclusion, the parties exchanged keepsakes.