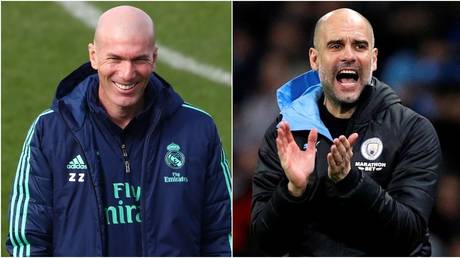 Zinedine Zidane insisted this week that Real Madrid’s Champions League last 16 tie against Manchester City was about far more than just him pitting his wits against Pep Guardiola for the first time in the dugout.

“It’s Real Madrid vs Manchester City, there’s nothing about Guardiola vs Zidane,” the Frenchman told the attendant press at the Bernabeu on Tuesday.

He’s right, of course: whichever team progresses to the quarterfinals will be decided as much by the men on the pitch as it is those on the touchline.

But while Zidane plays down any notion of a direct test of tactical nous with Guardiola, Real Madrid against Manchester City nonetheless offers an intriguing match-up between two wildly differing yet spectacularly successful coaching approaches.

Guardiola, the relentless, restless manager forged at the passing-obsessed school of Barcelona, meets Zidane: a man whose laissez-faire approach increasingly seems like an anachronism in the micro-managed modern game.

As a coaching culture clash, they rarely come more fascinating than this. 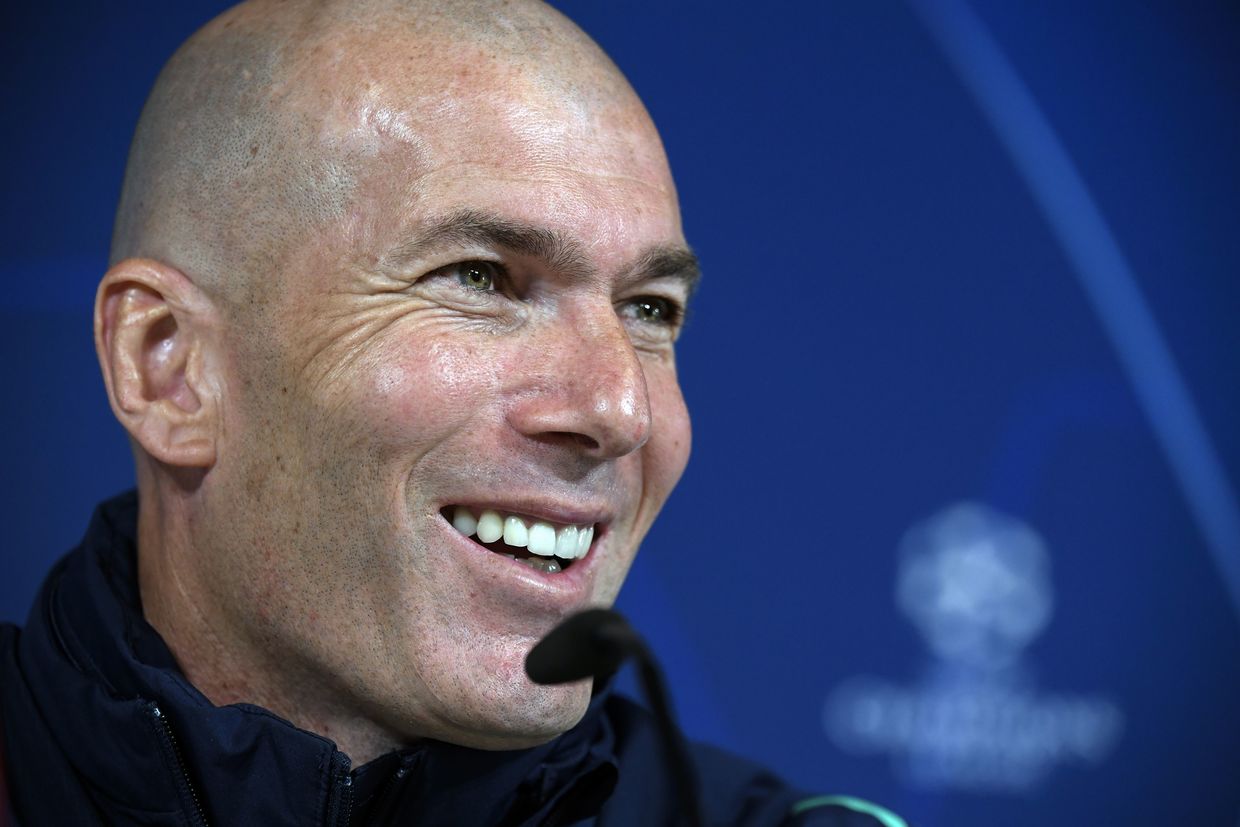 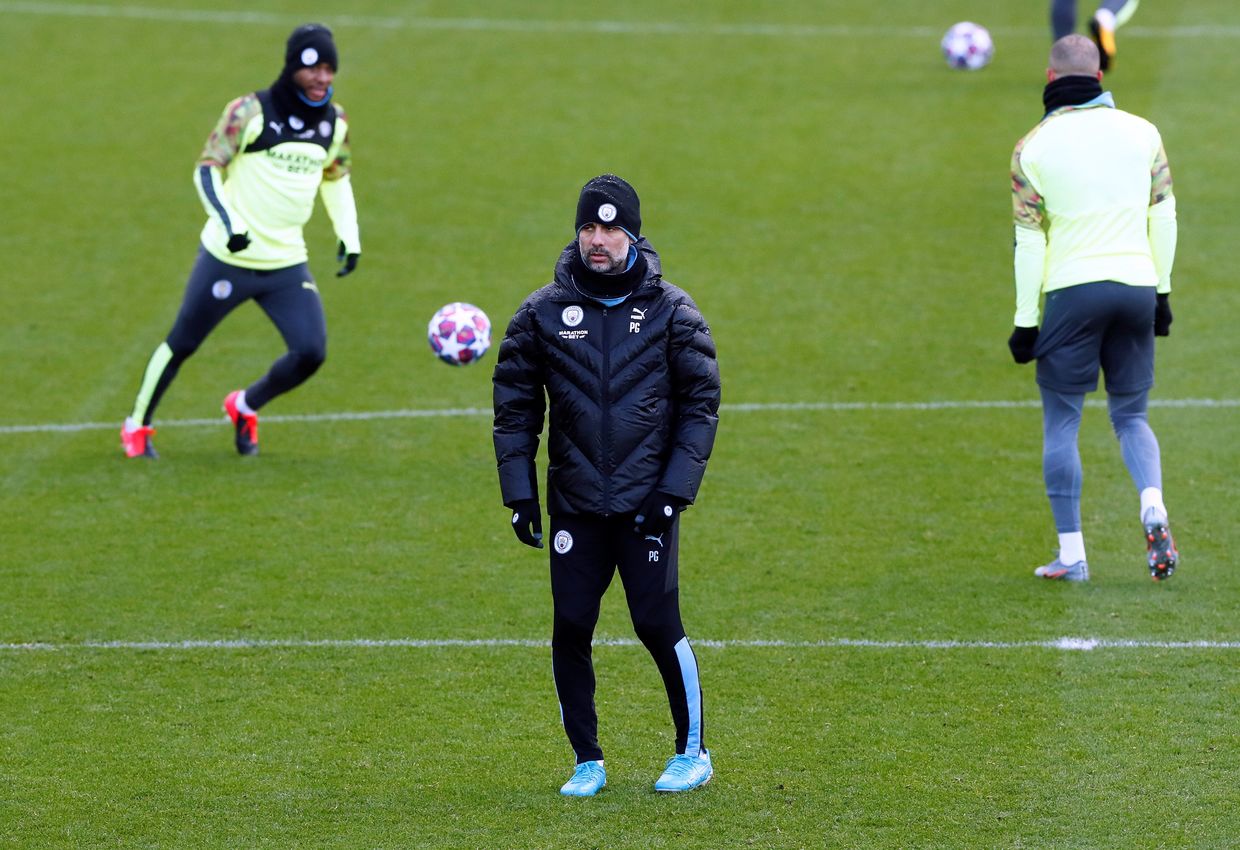 Guardiola famously took tiki-taka possession-based football to new heights during his golden era at Barcelona, winning title after title as he laid down a tactical blueprint which came to define a footballing era.

Pep the perfectionist has not relented since, first seeking to transform Bayern Munich along the same lines, and now imparting his intense brand of football at Manchester City. 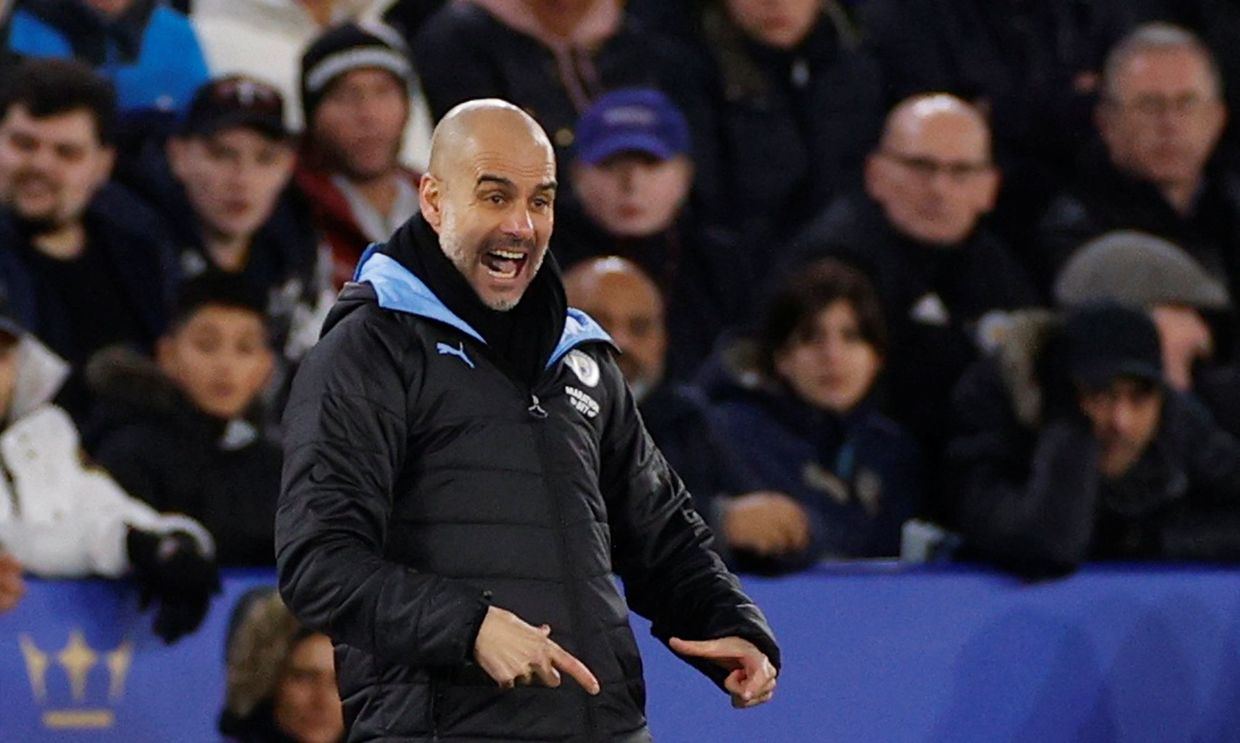 It is an approach that served him well in the past two seasons in England as City won back-to-back titles, but less so this campaign as they have sought to bridge the chasm to Liverpool at the top of the table.

Indeed, Guardiola has tried and tested so many formations and combinations this season that there have been rumblings of discontent among City players at the constant state of flux.

But that is Guardiola for you: a man rarely at rest, his brain forever turning over formations, scenarios and tactical tweaks.

Guardiola’s micromanagement extends to such an extent that – as his famous post-match altercation with Southampton’s Nathan Redmond in 2017 shows – he even takes it upon himself to tell opposition players how he wants them to play the game. 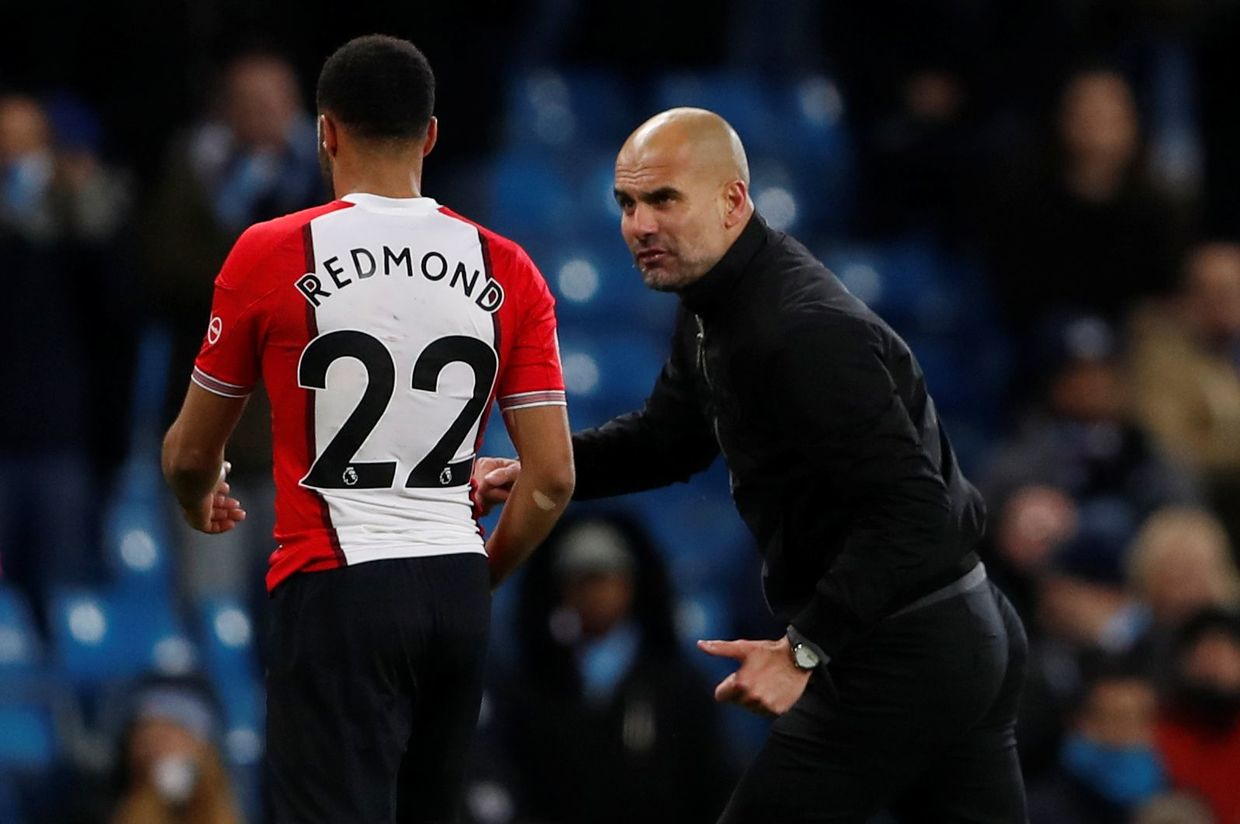 By contrast, Zidane could hardly be more different. You would rarely see such animation extended to his own players, let alone the opposition.

That’s not to say Zidane is all sweetness and light (remember that famous World Cup final headbutt), but as a coach more often than not he is zen personified. 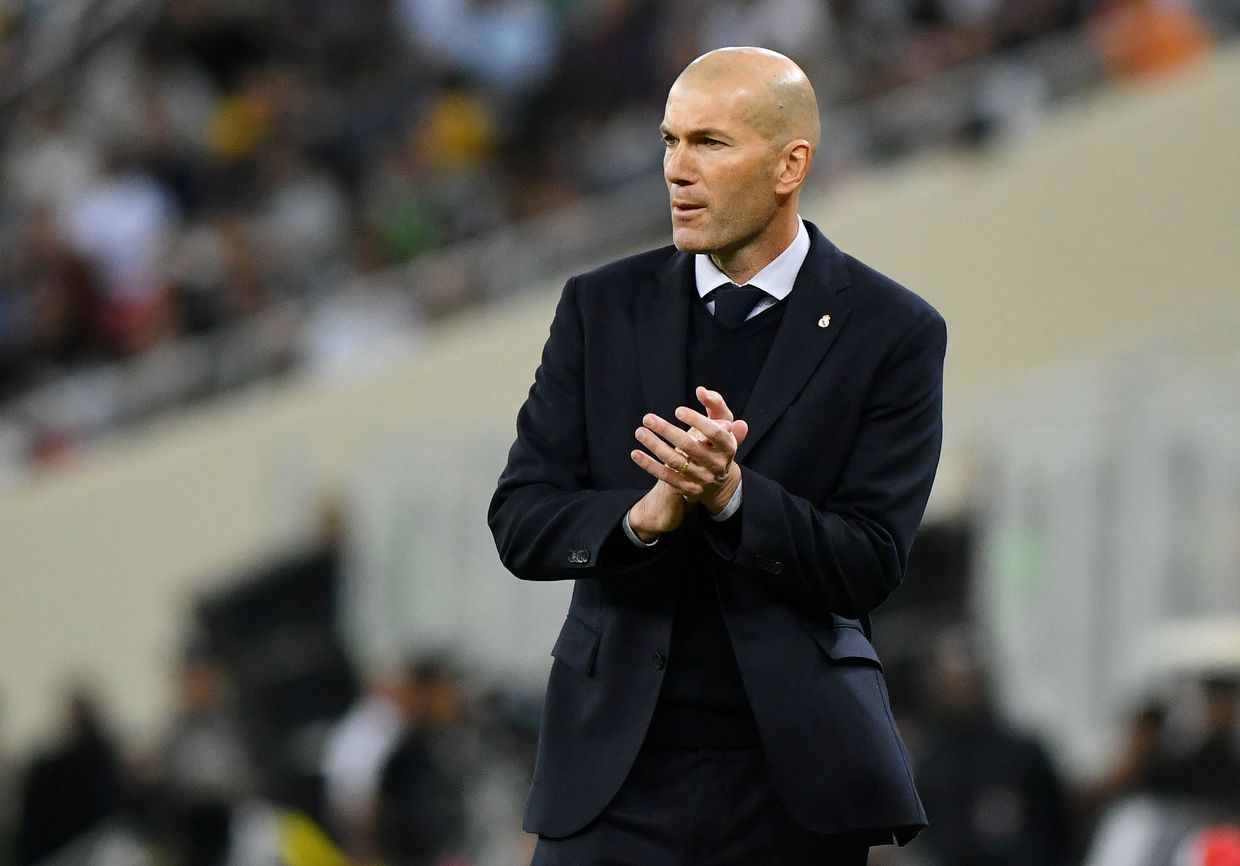 During his first managerial spell at the Bernabeu Zidane led Real Madrid to three Champions League titles on the spin, and all without a discernible tactical approach to call his own.

He leaves much of the training ground work to his assistant David Bettoni. Instead, Zidane specializes in man-management, rather than technical tweaks.

His first stint at Real – for which he was plucked an untested manager from the lower ranks, much like Guardiola was at Barcelona – was characterized by a remarkable ability as a Galactico whisperer for the likes of Cristiano Ronaldo and Luka Modric. 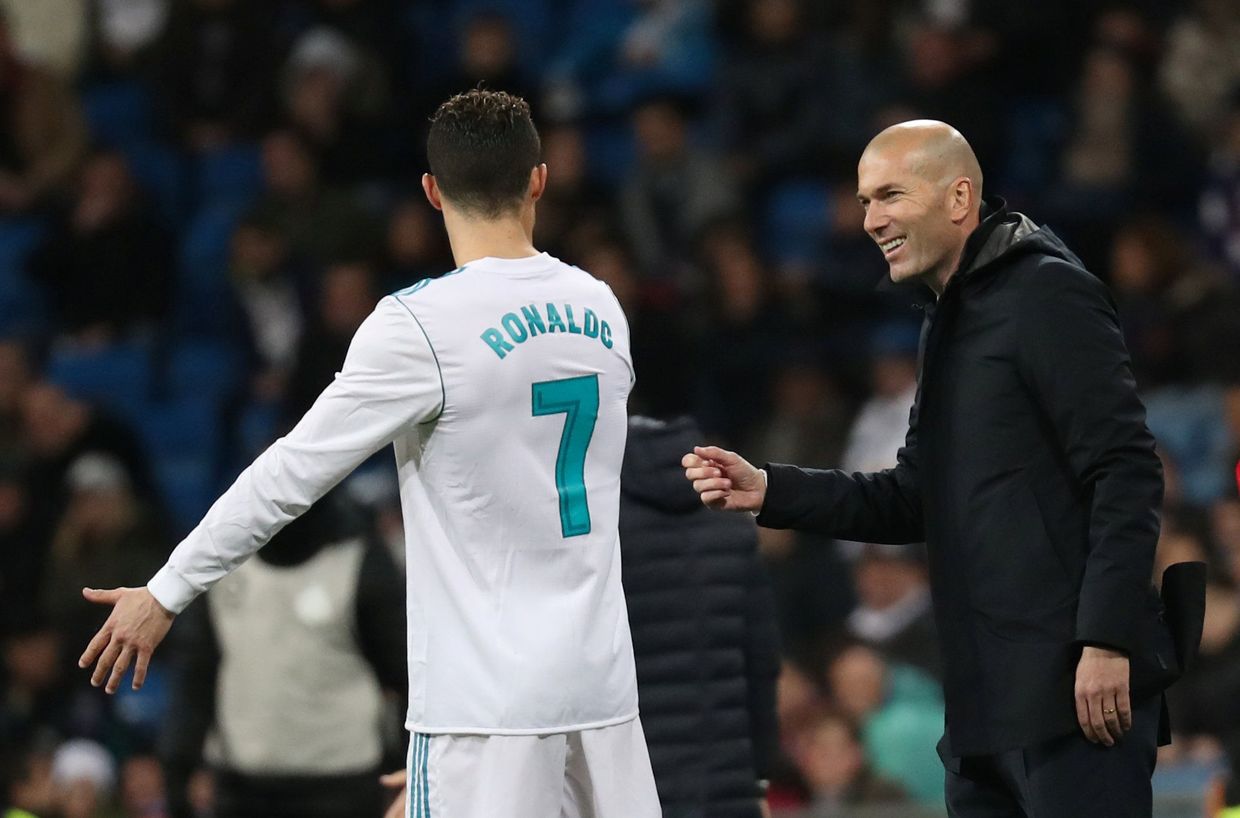 “I’m a different type of coach, an unusual type of coach I think… I was never going to tell Ronaldo or Modric how to kick a ball,” Zidane said.

“What I liked about it was helping them to think differently. No coach who comes in can improve the skills of players like Ronaldo and Modric.

“I wanted to show them they were more than footballers… Most people want to improve each player. That’s not what I’m about. I wanted to win with champion players, but show there are other ways of winning.”

‘Another Way of Winning’ also happens to be the famous biography of Guardiola by Spanish sportswriter Guillem Balague; but whereas Guardiola gives his men a tight tactical masterplan, Zidane gives them a tabula rasa on which to express their talent, coaxing rather than cajoling. 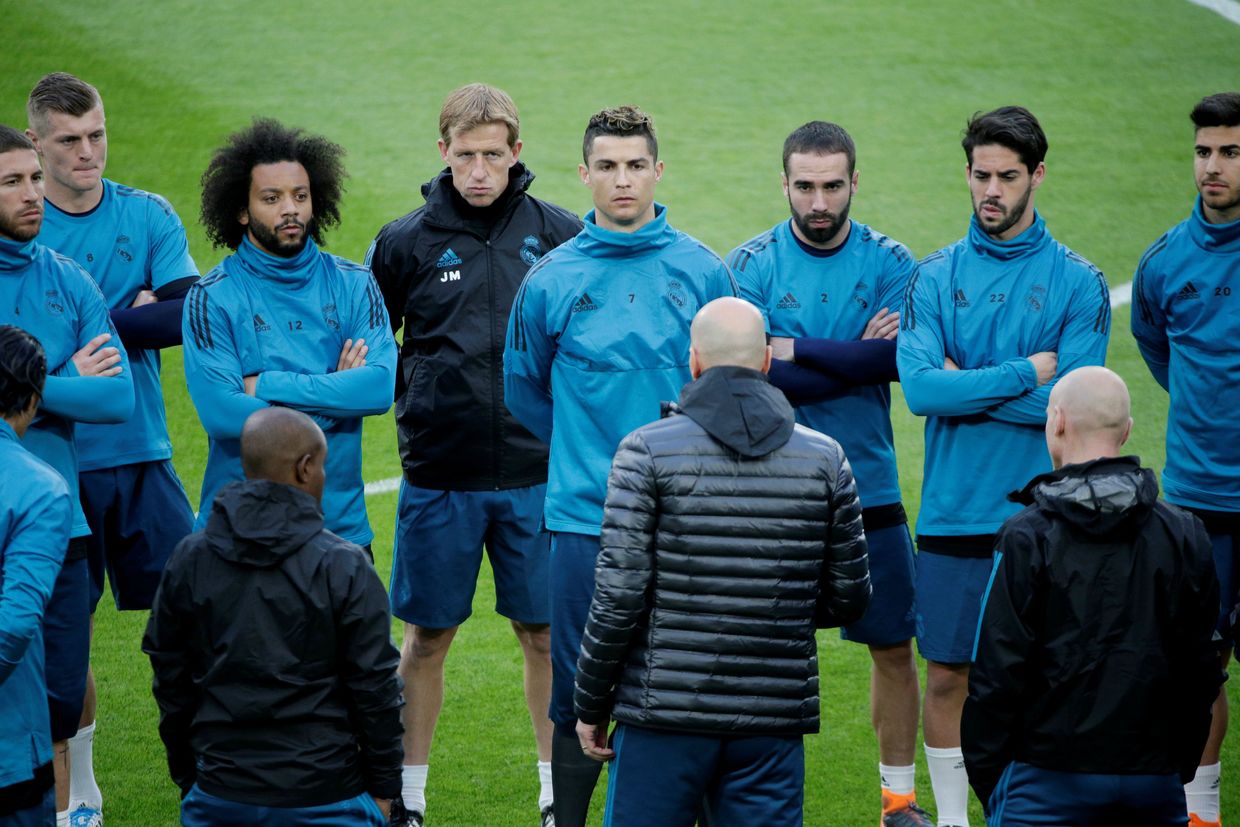 Heading into Wednesday’s Champions League first leg in Madrid, neither of Guardiola or Zidane has a point to prove, having already been elevated to the pantheon of European coaching greats through their achievements so far.

But the tie nonetheless comes at a uniquely challenging time for both.

Real recently lost the ascendency in the La Liga title race, slipping up for the second game in succession after going unbeaten since October.

It is a potentially season-defining week for them as they host Manchester City on Wednesday and then see the visit of Barcelona in the Clasico on Sunday.

When Zidane, 47, returned as Real manager almost a year ago – just nine months after sensationally quitting – he knew he had a rebuilding job on his hands.

And yet in many respects his conservatism – and arguably lack of options – has seen him stick with many of the players who were at the core of his Champions League treble winners. Ramos, Varane, Marcelo, Modric, Casemiro, Kroos, Benzema – all are still key players for the Frenchman. 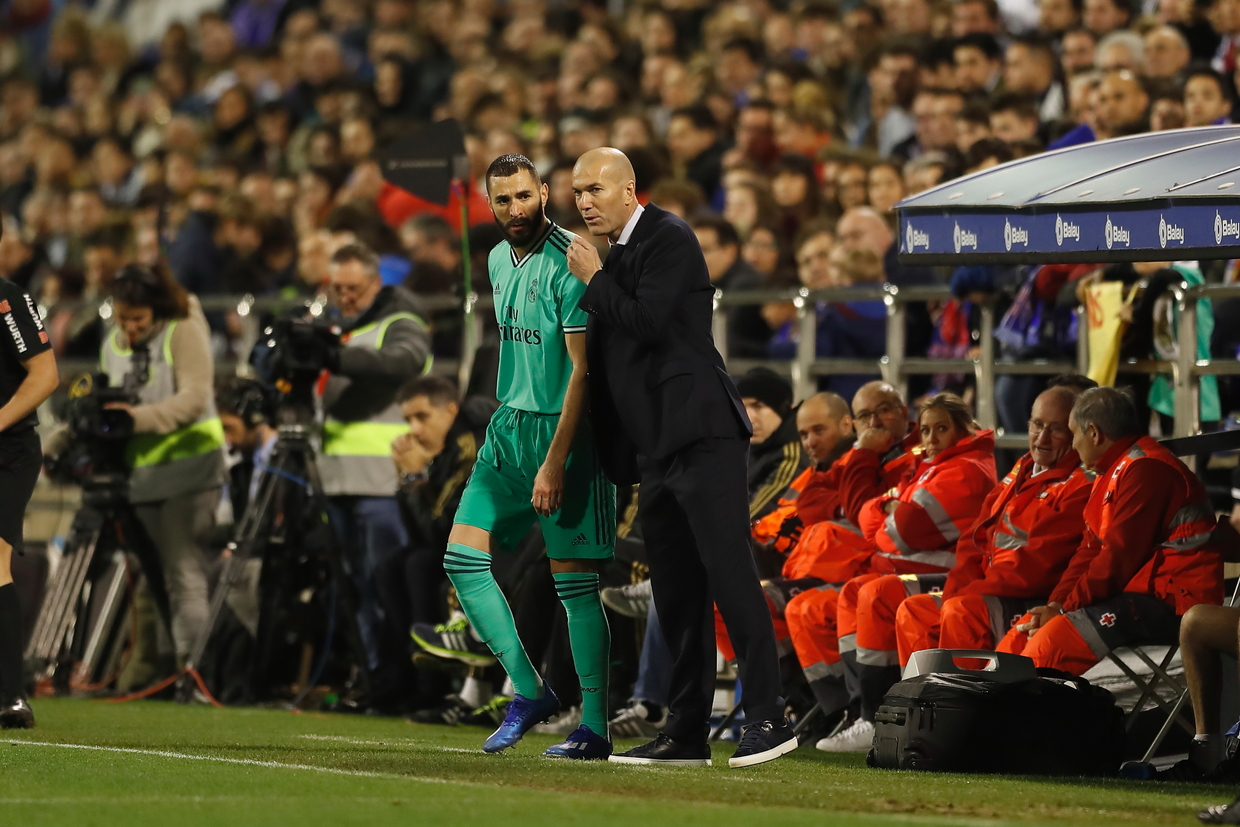 Both of those factors will add impetus to Guardiola and City’s desperation to win the Champions League title this season – a prize that has thus far eluded them in their age of domestic dominance.