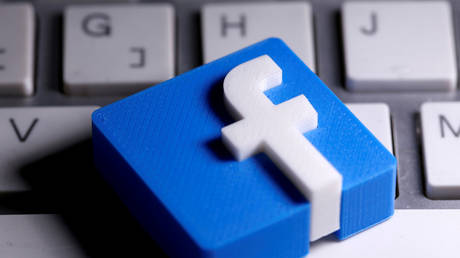 Facebook briefly blocked hundreds of environmentalist accounts “by mistake,” days after launching an effort to combat climate science misinformation. The groups were about to launch a campaign against Canada’s pipeline project.

The list of organizations that had their accounts temporarily banned by the social media giant includes mostly US-based environmentalist and indigenous groups such as Presente.org, Rainforest Action Network and Rising Tide North America.

A group called Climate Hawks Vote, which lately has spared no effort to promote a group of Democrats running for the US Senate, made it on the list as well. As did Greenpeace USA – a development that prompted its parent organization to reproach Facebook in a damning statement.

All the affected accounts were suspended due to a “copyright infringement,” Greenpeace revealed while criticizing Facebook for not providing a more “satisfactory explanation.”

The social media giant, which kept the environmentalist pages blocked for about two days last weekend, promptly apologized and blamed the incident on a technical glitch. “Our systems mistakenly removed these accounts and content. They have since been restored and we’ve lifted any limits imposed on identified profiles,” a company spokesperson said in a statement.

However, the company still faced accusations of supporting “fascist” and “colonialist” forces because it turned out that all the blocked accounts were linked to a prolonged protest against a gas pipeline project in Canada’s British Columbia.

The Coastal GasLink (CGL) seeks to build a 670 km (416 mile) pipeline to the coast that is expected to go through the lands of the indigenous people known as Wet’suwet’en (People of the Wa Dzun Kwuh River). The CGL says it obtained consent from elected tribal officials but the deal is disputed by the hereditary chiefs, whose status Canada does not recognize.

Read more:   Brain rewires itself if half is removed, scientists discover

The pipeline project is worth $4.9 billion ($6.6 billion CAD) and has been in the works since 2012, but the hereditary chiefs have repeatedly attempted to stop it with blockades and protests. All of the groups that Facebook recently suspended hosted an online event targeting CGL’s majority funder KKR & Co. Inc. last May. (RT)