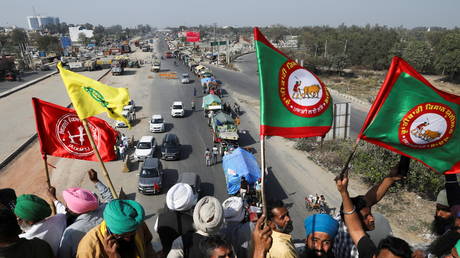 A 50-year-old man died by hanging from a tree near one of the main farmer protest sites on the outskirts of the Indian capital Delhi. He reportedly left a note blaming the government for his actions.

Tens of thousands of farmers from the states of Punjab, Haryana, and Uttar Pradesh have been protesting for over 100 days after the Indian parliament passed highly controversial new legislation last September.

The 50-year-old was named by a national farmers union as father of two, Rajveer Singh, from the Hisar district of the northern Indian state of Haryana. (RT)

Coronavirus: Japan declares virus emergency in Tokyo as Olympics near

21:39 Turkey’s EU membership application should be torn up if Ankara’s ‘negative’ actions not reversed – MEPs

21:26 Coronavirus: Japan declares virus emergency in Tokyo as Olympics near