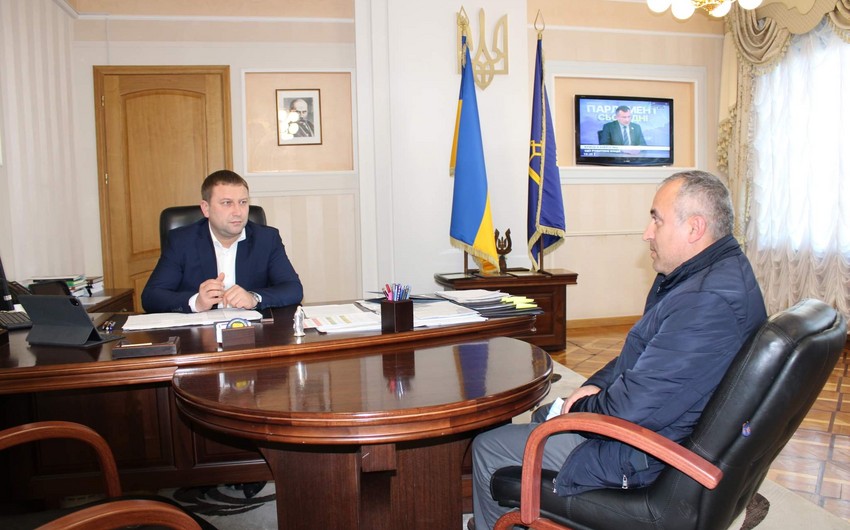 During the meeting, Najafov spoke about the social and political activity of Azerbaijanis in Western Ukraine, as well as about the new dynamics in the economic sector, conveyed greetings and proposals from the chairman of the United Ukrainian Azerbaijanis Congress, President of the Assembly of Nationalities of Ukraine Rovshan Tagiyev.

Trush said at the meeting that such activity of ethnic peoples, including Azerbaijanis, gives a serious impetus to a new wave of reforms in Ukraine’s western region:

“We are especially interested in joint projects with the Azerbaijanis living here. I have my own experience in this. I would like to join our efforts in the name of a new Ukraine,” he added.

The meeting continued with the discussion of mutual proposals.