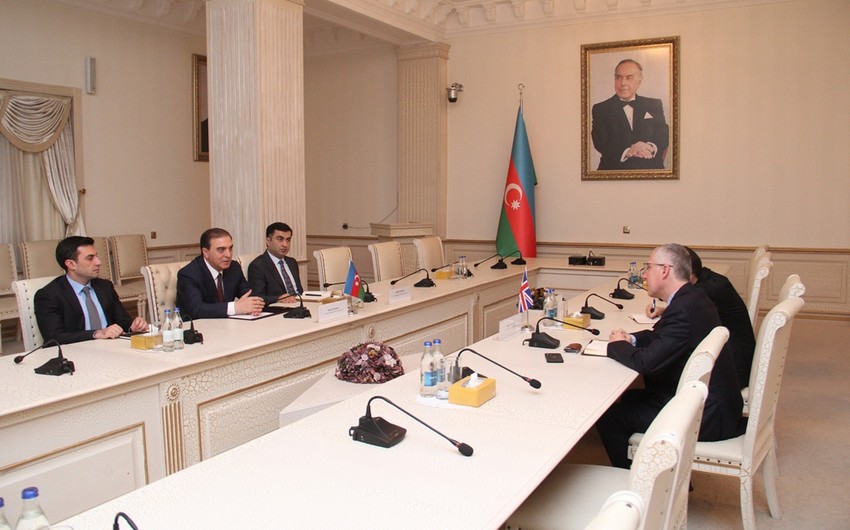 The diplomat met with Niyazi Bayramov, the head of the Ganja City Executive Power.

Many issues were discussed at the meeting, which took place in a friendly atmosphere.

Niyazi Bayramov noted that Ganja is the second-largest industrial city in Azerbaijan. There are many industrial enterprises there, creating important conditions for attracting foreign investors to the city. Besides, he emphasized that attention is also paid to the field of science and education in Ganja. Thus, students and teachers are exchanged with foreign countries in 3 universities in the city. This, in turn, paves the way for further cooperation between Great Britain and Ganja.

Also, Niyazi Bayramov noted that on the instructions of President Ilham Aliyev, work is being done in the direction of preparing the Green City Action Plan supported by the European Bank for Reconstruction and Development in Ganja. He emphasized that the British company ATKINS Global also supports this project. The head of the city said that the tasks to be implemented within the framework of the Green Cities program will help the city of Ganja in identifying and prioritizing the most urgent environmental problems and climate change risks.

Fergus Auld noted that the main purpose of his visit was to expand bilateral cooperation. The diplomat also emphasized that he is ready to support the establishment of cooperative relations between higher education institutions in Great Britain and in Ganja.