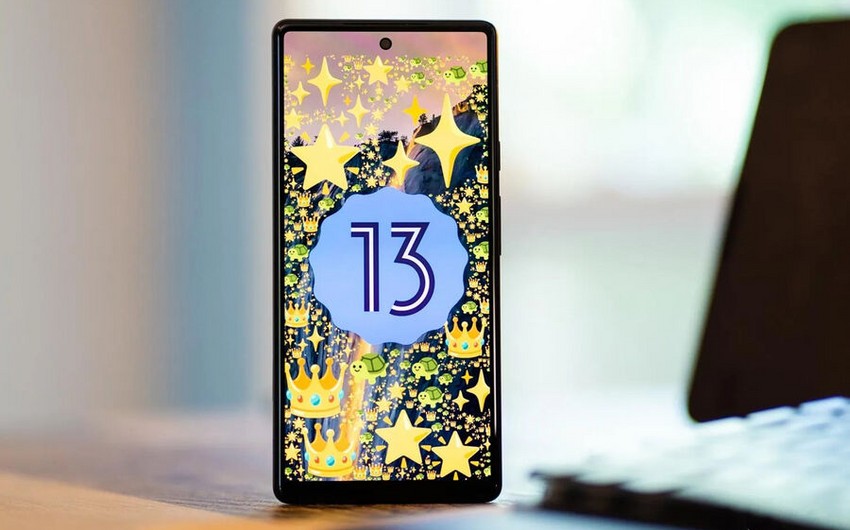 Compared to the massive redesign that arrived last year, Google is focused on refinement and just a few new features for Android 13, which is launching and rolling out today to supported Pixel phones, Report informs referring to 9to5google.

Android 13 starts on the lockscreen with redesigned media controls that take up roughly twice the height of the previous iteration. (In fact, you won’t see a compact version unless in landscape orientation.) The icon of the app currently playing is in the top-left corner with the title and artist below. Across from that is a big play/pause button that shifts from a rounded square to a circle, and vice versa, depending on the state.

The output/device switcher – which now features a Material You volume bar – remains in the top-right, while the bottom row has back, forward, and up to two app-specific buttons. The key change here lets you always see the progress bar, which whimsically uses squiggles to denote the part that’s already played. Lastly, the background cover art is rectangular and much bigger. Apps have to be updated to support Android 13 or else all controls appear at the bottom.

This version adopts Bluetooth Low Energy (LE) Audio for lower latency, “enhanced” quality, and streams to multiple devices. Android 13 also adds support for Spatial Audio on supported headphones (like Pixel Buds Pro in a future update) that can track your head as it turns for a “more immersive listening experience.”